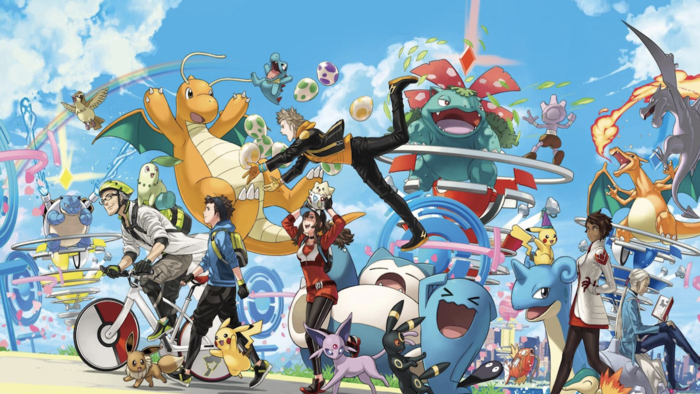 Something new is coming to Pokemon GO, but Niantic isn’t being straight about it.

The latest tweet on the official Pokemon GO Twitter account has gamers excited, and for good reason. The tweet features a player character model who stands on the far edge of a field, and for some reason, an exclamation point floats above her head. For many gamers, this should be a familiar sight.

Odds are good this character isn’t about to ask players to kill five Raticates. No, if we’re reading this image correctly, she wants to fight, because if two trainers’ eyes meet, they have to battle!

Of course, this is all just speculation. While this tweet is less cryptic than the previous one —an image of an exclamation point floating above a bush— it isn’t quite as clear as the crystalline ice that makes up Regice’s body.

While Pokemon GO players have been begging for PvP since day one (it was featured in the trailer, after all, and has been a major feature of the Pokemon franchise since the beginning), Niantic has been dragging its heels. While the company promised the feature, it never seemed to make any progress towards an actual PvP mode. To make matters worse, Pokemon GO clones such as Ghostbusters World and Jurassic World Alive, both of which released long after Pokemon GO solidified its place in the mobile market, launched with PvP, which made many gamers ask what was taking Niantic so long.

As I’ve already stated, we might be misreading Niantic’s tweet. Instead of PvP, the image might tease Trainer battles against NPCs instead of other players. Or, perhaps the image is meant to signify Niantic is overhauling the battle system yet again to make battles more tactical. Again, the amount of information we don’t know outweighs what we do by a Snorlax and a half.

We will keep searching for more information and report it as it becomes available.