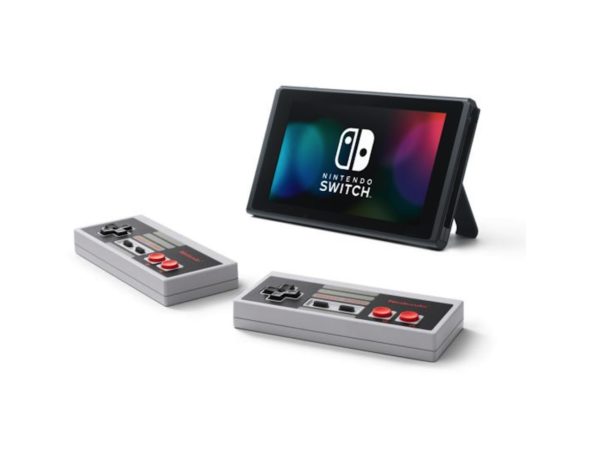 Earlier this year, Nintendo revealed a set of wireless NES controllers for the Switch that would be available exclusively to Nintendo Switch Online members. Now, members can pre-order the controllers for when they release in December.

The Nintendo Switch Online service gives players access to a library of NES games that will increase each month. The titles currently available include Super Mario Bros., The Legend of Zelda, Balloon Fight River City Ransom, Tecmo Bowl and more. For a full list of the NES games available on the service, visit Nintendo’s website here.

Player’s pricing options for the Nintendo Switch Online service are $19.99 for 12 months, $7.99 for three months or $3.99 for one month. In addition to NES games, members also get access to online play on the Nintendo Switch. However, it’s worth noting that Fortnite is an exception that doesn’t require a subscription to play online.

Are you going to be picking up a pair of NES controllers for your Switch? Let us know in the comments below.