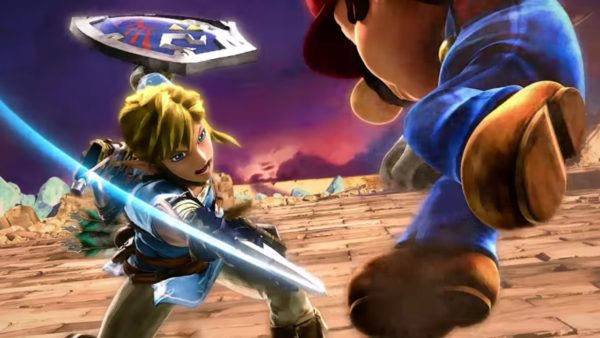 It would be a lie to say that Super Smash Bros. Ultimate isn’t the greatest package when it comes to Nintendo’s flagship fighting series. Bringing back every single character seen throughout the franchise for the past 20 years while also adding in a dozen or so new ones is insane and just goes to show how much love the series creator, Masahiro Sakurai, puts into his work.

The mastermind behind Smash Bros. recently sat down to talk to Game Informer about the last 20 years and the success that the series has seen.

With all of the characters present in Smash Bros. that belong to other companies such as Solid Snake, Sonic the Hedgehog, Ryu, and Pac-Man, there are bound to be issues with getting permission entry after entry to have these renowned I.P.’s in Nintendo’s game. According to Sakurai, he’s surprised at how everything works out at the end of the day regarding the use of these other characters, stating in the interview that “it’s a miracle every time we’re able to create a Smash Bros. game.”

Game Informer: “You’ve been creating Super Smash Bros. titles for two decades now. As the release of Ultimate looms, how do you look back at your time with the series to this point? Do you have any highlights or favorite memories?”

“You may not sense that, but it is actually a miracle every time we’re able to create a Smash Bros. game. It’s a bit different from any other game series that regularly comes out with new installments. Unless we get approval from all of the I.P. holders who are involved in this game, we can’t make this game. And every time, we are walking a fine line.

Especially after I left HAL Laboratories, normally, games continued to be developed by the remaining company. But instead, Mr. Iwata created a development team centered on the director who became freelance. That was his call.

Without that decision, I can easily imagine that we could not release this Super Smash Bros. Ultimate in the best possible shape at this point.”

If you would like to check out the rest of the interview, you can head on over to Game Informer to keep reading.

On other Super Smash Bros. news, Masahiro Sakurai and the team have announced just this week that the game has completed initial development just under three weeks of being released for the Nintendo Switch.