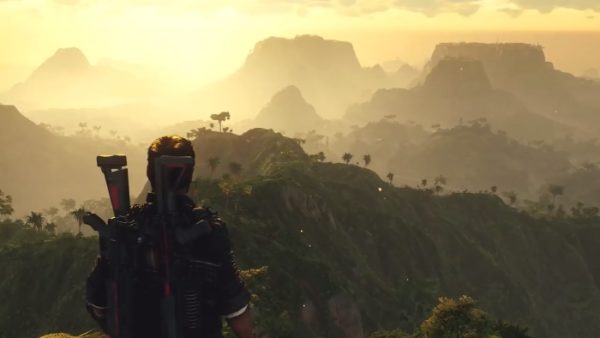 Just Cause 4 publisher Square Enix and developer Avalanche Studios have released a new trailer for the game going in-depth into the locations and systems the game offers.

The ‘Deep Dive’ trailer shows off plenty of new locations in Just Cause 4 alongside the dynamic weather system, where sandstorms, lightning storms, blizzards, and tornadoes will rock the tropical paradise. Protagonist Rico Rodriguez will be trying to find out the cause of these extreme weather events while cleaning up his family’s name after his father’s death.

The trailer also introduces new customization options for Rico’s grappler including boosters, air lifters, and tethers that can be tweaked in multiple ways. Check out the full overview of Just Cause 4 below, via Square Enix.

“Just Cause 4 introduces a new adrenaline-fueled chapter for rogue agent Rico Rodriguez. After Rico lands in Solís to uncover the truth behind his father’s death, he will be fighting the ruthless Black Hand militia in extreme conditions; led by the ruthless Gabriela, this is Rico’s ultimate challenge. A storm is approaching; are you ready to bring the thunder?”

Just Cause 4 is scheduled to launch on Dec. 4 for PC, PlayStation 4, and Xbox One. The game had already gone gold in late October.