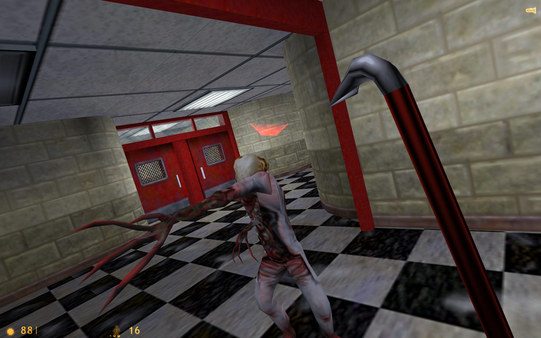 Today marks 20 years since Half-Life was originally released on PC. Unfortunately, there hasn’t been a Half-Life 3 announcement yet… but this isn’t a bad consolation prize.

To celebrate this momentous day, the developers behind Black Mesa have released a new trailer for the long-awaited final levels of their reimagining of Half-Life. The last big piece of this beloved, yet constantly delayed rework also has a set release date now of “Q2 2019”.

If you’re not familiar with Black Mesa, it’s a fan-made remake of the original Half-Life game that has produced level-by-level Valve-quality “remastering” of the classic shooter.

Originally a work of passion (and a free mod), Black Mesa was greenlit by Steam and officially added to the retail giant’s storefront in 2015. Since then, Black Mesa has been in “Early Access” awaiting the completion of the final chapters of the game. In the original Half-Life, these final levels took Gordan Freeman to the alien landscape of Xen, and that’s where we’ll return again.

While most of Black Mesa’s content so far has been a faithful (yet generous) facelift of the original game, developer Crowbar Collective has added a bit more artistic liberty to the final chapters this time around. While striking, unexpected, and certainly alien, the Xen levels of the original Half-life were a significantly smaller part of the game.

This new update to Black Mesa will transform what was once an epilogue in the original Half-Life into a full-fledged alien adventure that could almost serve as a stand-alone game. While plagued by delays for years, Black Mesa’s content has proven to be worth the wait more than once– hopefully, this time will be no different.

You can expect the release of Xen in “Q2 2019” according to the developers. Oh, and we’ll keep you posted on any Half-Life 3 announcements today… but don’t get your hopes up.