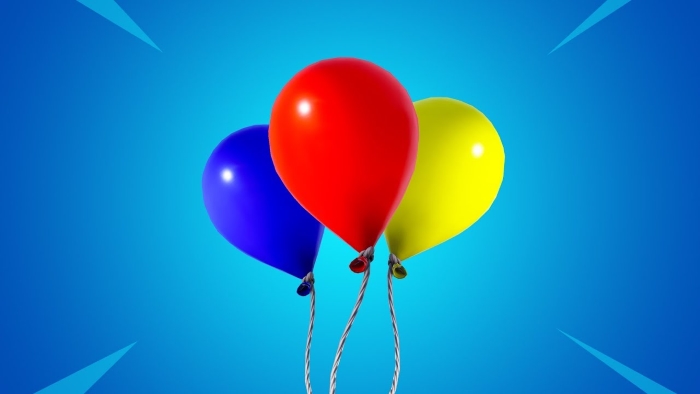 The newest item added to Battle Royale with this update are balloons, allowing players to rise into the air. Players can hold 20 balloons and control how high to fly up by holding up to six balloons at a time, though it can be shot down by other players.

The update also vaults several weapons in Battle Royale with the Semi-Auto Sniper, Guided Missile, and Dual Pistols. The weapons will still be available to use in the creative Playground mode however.

Epic said it would be “prioritizing Glider audio over weapon audio within certain ranges” with the new update, and would be continuing the Glider Re-deploy feature for all modes introduced in the 6.20 update last week. The feature allowed players to re-deploy their glider in mid-air after a certain height, instead of simply falling to the ground. The studio noted that players have been vocal about the feature, first introduced in the Soaring 50s limited-time mode, but will continue after seeing “positive results” from it.

Epic also announced that the Fortnitemares Halloween event will end in Battle Royale on Sunday, Nov. 4 at 1 p.m. ET. The developer said that the specific challenges will end and to “be in-match at that time to witness the event.”

The cooperative Save the World mode in Fortnite mostly received bug fixes with the new update and tweaked what modifiers could appear for a mission. Dim Mak Igor, a Plague Doctor Ninja hero, will also be available in the in-game store.