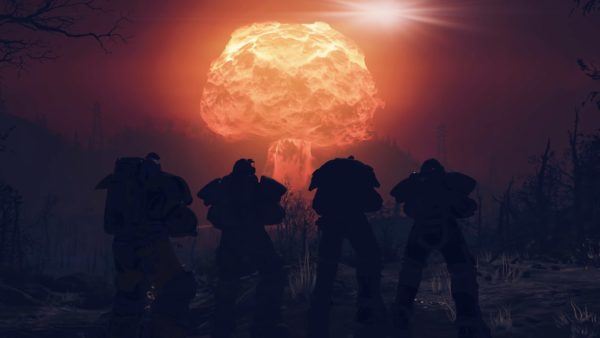 Fallout 76 hasn’t generated anywhere the level of interest as its single-player predecessor if concurrent Twitch numbers are anything to go by. The MMORPG pulled in just over half the number of viewers as Fallout 4 during its beta period, and they’ve dropped further since its launch last week.

One would have to imagine the Fallout series’ transition to a multiplayer focus has its roots in Bethesda trying to generate a more continuous level of interest in the series, similar to popular survival games like Subnautica. So far, however, that plan doesn’t look to be working.

As noted by Githyp, since the game’s 184k concurrent peak Twitch viewers, which was actually during the beta period, the numbers have been on the decline and haven’t recovered.

Even popular steamer Ninja wasn’t able to move the needle beyond 75k when he jumped in with Rick and Morty creator/voice actor, Justin Roiland, and rapper-songwriter, Logic. Their impression of the game, for the record, wasn’t positive.

Despite typically launching as one of the most popular games of the year on Twitch, Fallout 76 hasn’t even breached the top 20 so far. It currently sits at #31, even one of the year’s biggest bombs, Radical Heights, which managed 196k viewers at #27.

Only time will tell whether the game’s player base stick around in the long term, and having been released exclusively via Bethesda’s launcher, we’ve no idea what the numbers look like. But between the Metacritic review bombs, mediocre critical reception, and dismal Twitch numbers, things aren’t looking good for Fallout 76.