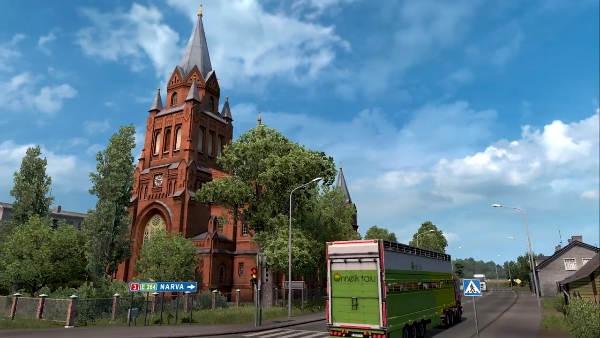 The Beyond the Baltic Sea downloadable content for Euro Truck Simulator 2 will be coming to the game next week on Nov. 29, studio SCS Software announced today.

The latest expansion for the 2012 title adds the countries of Lithuania, Latvia, Estonia, parts of western Russia, and the south of Finland to drive and haul cargo through. Players will be able to travel into the Russian cities of Saint Petersburg and Kaliningrad, and drive High Capacity Transport vehicles only available in the Finland region.

According to the press release, other features of the expansion include:

Euro Truck Simulator 2 Beyond the Baltic Sea DLC launches on Thursday, Nov. 29 for Steam at $17.99. The game and its long list of DLC containing other European locations, cargo packs, and more customization options are currently on sale during the Steam Autumn Sale.