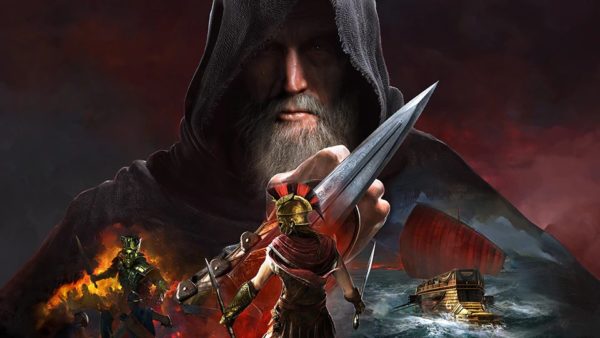 Ubisoft has announced the release date for the first episode of Assassin’s Creed Odyssey’s big “Legacy of the First Blade” expansion, arriving on Dec. 4 for PS4, Xbox One, and PC. A new trailer was also shared shedding light on what exactly the expansion will be about.

The first episode, Hunted, will introduce us to the legendary Assassin Darius, a figure often mentioned throughout the series. Darius is the first person in history to wield the Hidden Blade, and we know one of his kills was the prolific Persian kind, Xerxes.

The trailer certainly hints that the Persians will play a big role in the Legacy of the First Blade, as we often see Alexios or Kassandra fighting them, with the help of Darius. It also looks like some new upgrade might be on the way for your ship, as one quick scene shows a kind of flamethrower shooting out the front of the ship.

We don’t quite know how hefty this expansion will be, but previously Ubisoft has made it sound like these will add substantial story and gameplay elements into Assassin’s Creed Odyssey. Legacy of the First Blade will consist of three episodes, and Ubisoft previously said episodes will launch roughly six weeks apart.

This means that we can expect the next episode, Shadow Heritage, sometime in mid-late January, and the final episode, Bloodline, by the end of March-mid April. Then in Spring 2019 the game’s second big three-episode expansion, The Fate of Atlantis.

During the wait, Assassin’s Creed Odyssey will continue to receive new free content like new mercenaries, mythical beasts, and extra quests with the Lost Tales of Greece.

Assassin’s Creed Odyssey: Legacy of the First Blade – Hunted will be available on Dec. 4 for PS4, Xbox One, and PC. You’ll be able to pick up the episode as a standalone release, or get it automatically as part of the Season Pass.