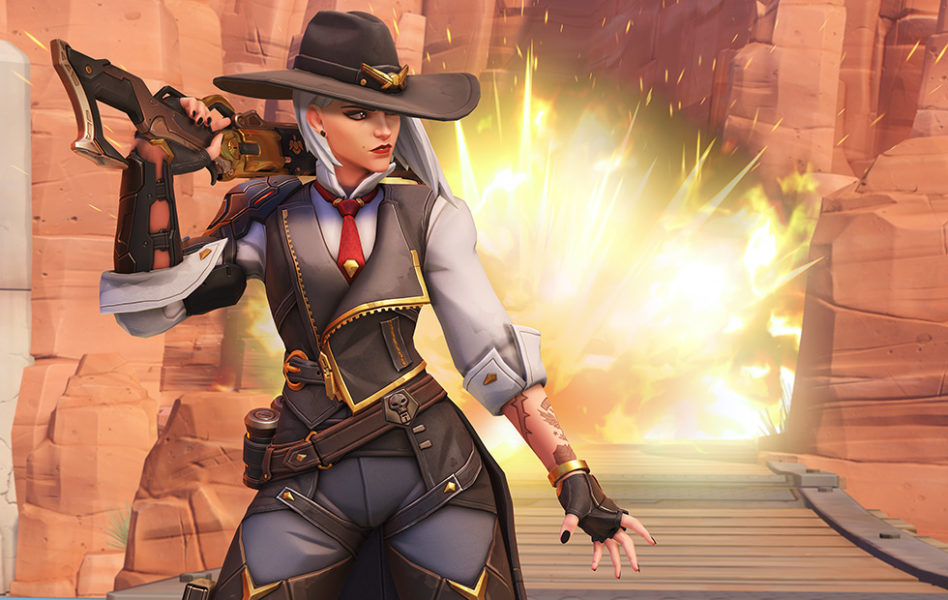 Ashe is the latest hero to join Overwatch’s growing character roster, and she’s been a blast to play so far. The western-themed hero wields a repeater, throws dynamite around, and has an ultimate ability that lets her summon her butler robot to help her out.

Overall, she feels pretty balanced, and certainly not as earth-shattering as Brigitte was, with her insane shield bash that could stun enemies every few seconds.

After a few weeks in regular play, Blizzard has now made her available for selection in Overwatch’s ranked competitive mode. This means that players can now really start to think about how she fits into the game’s current meta, and figure out how she could potentially shake things up.

For the most part, Ashe is more focused on poke damage as a DPS character. Her kit doesn’t really seem capable of one-shotting enemies easily, so you’ll probably want to play her more conservatively.

Overwatch is now available on PS4, Xbox One, and PC via Blizzard’s Battle.net client.