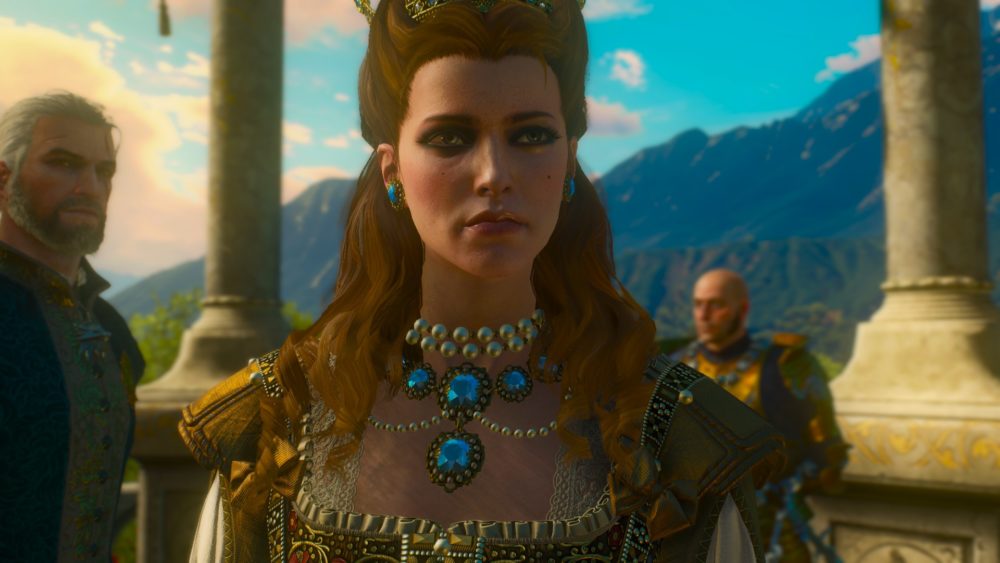 Finally, details on the casting choices for the upcoming The Witcher Netflix series have arrived. The headlines have unsurprisingly been main characters Yennefer and Ciri, but there’s a surprise inclusion that’s largely snuck under the radar. MyAnna Buring, the voice of Anna Henrietta from the brilliant expansion The Witcher 3: Blood and Wine has actually been cast as a lead character.

Buring will play the role of Tissaia de Vries, the sorceress who cured Yennefer of her afflictions and took her under her wing in the novels by Andrzej Sapkowski. She’s a character you won’t be familiar with from The Witcher 3, though she is mentioned in passing in the previous two games.

Specifically, in The Witcher, there’s a potion called De Vries’ Extract, and she’s mentioned as a co-author of the compendium Masters of Magic on Curses in The Witcher 2: Assassin of Kings.

A character that certainly will be familiar to fans is Anna Henrietta from the Blood and Wine expansion for The Witcher 3. Henrietta is the ruling Duchess of Toussaint who sends for Geralt’s help to deal with the vampire menace plaguing the land. She’s a strong and compelling character in the expansion with a wonderful accent.

Perhaps the most significant takeaway, though, is that MyAnna Buring is the only member of the entire Netflix The Witcher cast who has actually exchanged lines with actors from the video games. You would have to imagine, therefore, she has a pretty good feel for the characters and lore of the universe. Perhaps she’ll be able to use that expertise to help guide actors such as Cavill (Geralt), Chalotra (Yennefer), and Allan (Ciri).