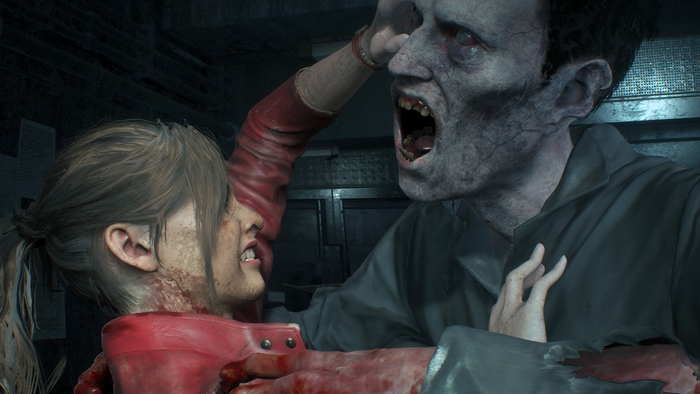 Capcom has detailed the contents of the deluxe edition for the highly anticipated remake of the classic horror title Resident Evil 2. The deluxe edition will only cost $10 more than the normal retail version but will come with exclusive costumes for both Leon and Claire, a reversible cover for the box-art, an Albert Model Samurai Edge handgun (in-game), and an option to swap the soundtrack to its original 1998 version.

Here’s a list of the costumes that will be part of this special edition (via Gematsu):

The North American Resident Evil 2 Deluxe Edition includes a DLC pack with additional costumes for Claire and Leon and more – including an Elza Walker costume – as well as a reversible cover!

The one costume here is that worth the extra cash is the Elza Walker costume. For those that are not aware, the original Resident Evil 2 that released way back in 1998 was planned to have a totally different protagonist named Elza.

Elza Walker was a motorcycle rider that was about to start her first semester at Raccoon University until of course, the outbreak happened and she somehow would end up with Grant Bitman (whose name would later be changed to Leon Kennedy) and Sherry Birkin. Eventually, Elza was scrapped with Claire Redfield the one to make it into the final game. Rad of Capcom to throw in this costume as a little throwback to the early development days.

Get ready to relive your worst nightmares once Resident Evil 2 launches for PS4, Xbox One, and PC on Jan 25, 2019.