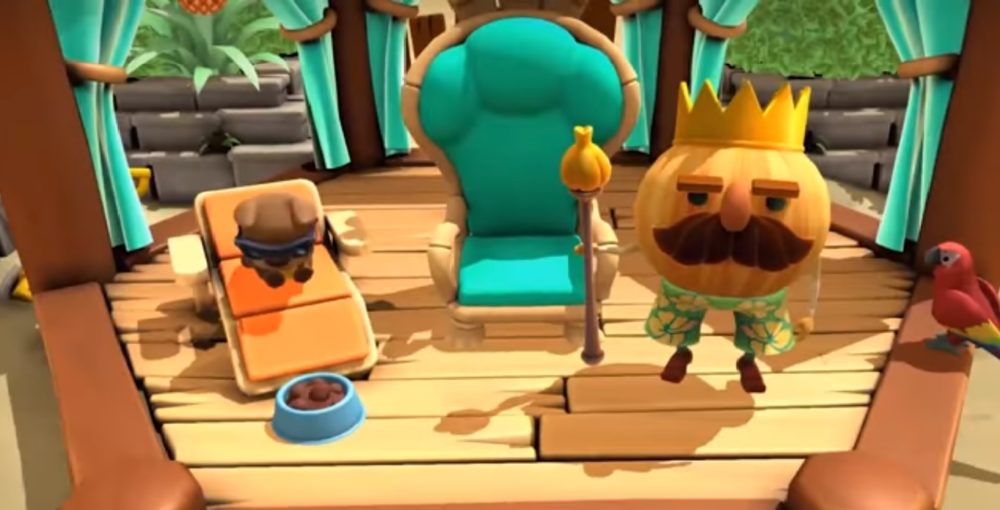 Firstly, Surf ‘n’ Turf adds new levels. It comes with 12 new story levels, two new versus levels, and a new Kevin level. As things are tropical in this DLC, the new levels are mostly on beaches or floating on rafts. The new setting also brings new obstacles like waves and conga lines.

Secondly, the kitchen is getting some new tools to work with. The water pistol can be used to put out fires or clean plates. Conversely, the bellows stoke a bigger fire, which can burn food quicker if not watched carefully.

In addition to new levels and utensils, Overcooked 2 is getting some new islander chefs and a colorful parrot. Boof is making a return, too. King Onion and the others are still here and rocking new outfits and shades.

Lastly, the Surf ‘n’ Turf DLC is adding new food. There are several new ingredients, including several kinds of fruit. Bananas, strawberries, watermelon, and pineapple, specifically. The fruit is used in both of the 2 new recipes: smoothies and kebabs.

Overcooked 2’s Surf ‘n’ Turf add-on is available today for $5.99. The game and downloadable content are out now on PC, PS4, Switch, and Xbox One.