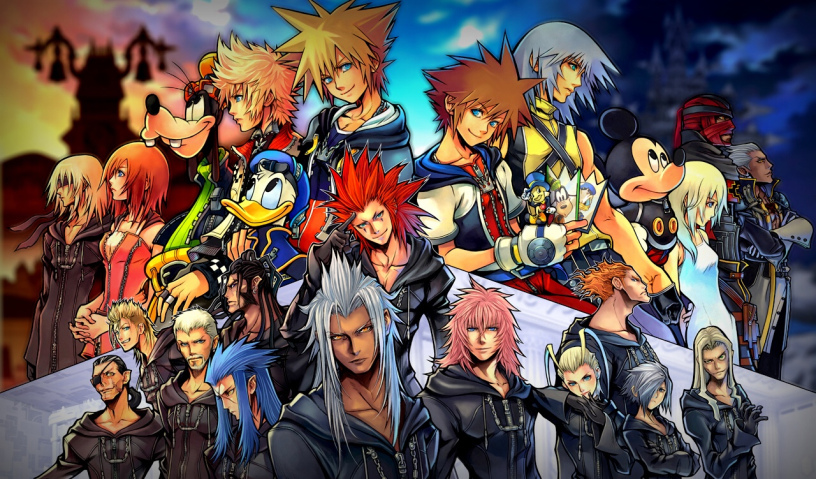 Square Enix has once again, released an HD Remaster bundle of the beloved Kingdom Hearts series. What’s special about this particular bundle, dubbed Kingdom Hearts: The Story So Far, is that every entry in the series will be included in this all-encompassing package. To be clear, this includes the Final Mix versions of each title that received an English Final Mix in Kingdom Hearts 1.5 + 2.5 HD remixes.

This $39.99 bundle will include the games from 1.5 + 2.5 HD remixes, as well as Kingdom Hearts 2.8: Final Chapter Prologue. This will total 9 entries, three of which are either remastered cinematics or movies, and six of which are playable titles.

All the game included are:

This massive collection can be purchased from the Square Enix store or the PlayStation store today. If you haven’t picked up any of the previous bundles for the franchise, this is the definitive edition to purchase now. There is now no better way for PS4 players to prepare for the release of Kingdom Hearts III if they have missed any previous entries in the series.

Unfortunately, Xbox One players are out of luck when it comes to brushing up on their lore, as this collection and all prior collections for the series are PS4 exclusives. With Kingdom Hearts III launching for both PS4 and Xbox One on Jan. 29, this seems to be a missed opportunity.

Kingdom Hearts: The Story So Far is now available for PlayStation 4.