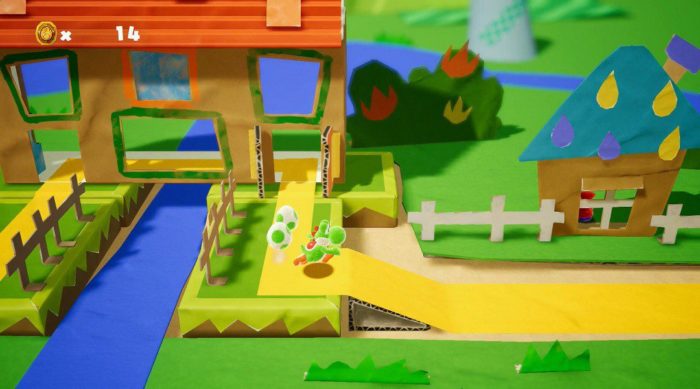 It seems like forever since we heard anything about the new Yoshi game being developed by Good-Feel for the Nintendo Switch. It was first announced at E3 2017 and was simply known as Yoshi (Working Title). The game was surprisingly absent from E3 2018, but after all this time, we finally have some new information about the game, including its full title. The new Yoshi game for Switch will be called Yoshi’s Crafted World and it will be releasing in Spring 2019.

Nintendo also showed off some brand new gameplay for the platformer. “There’s plenty to love on all side of this crafty world,” explains the narrator, and he’s not lying. This new trailer takes us on a tour of the different worlds we can explore in the game, including a candy-themed one and a pirate ship.

A unique feature that the trailer emphasises is the ability to play a course backwards. It also shows footage of the game’s co-op mode. While the previous Good-Feel-developed Yoshi game, Yoshi’s Woolly World, also had co-op, in this new one, Yoshis can ride on other Yoshis.

It’s great that we’ve finally seen more of this game after it has spent so long under wraps since its initial reveal. Spring 2019 may not have been the more specific release date that we were looking for, but at least we have a window to look forward to. We’ll be sure to let you know whenever we get even more news on this charming platformer.