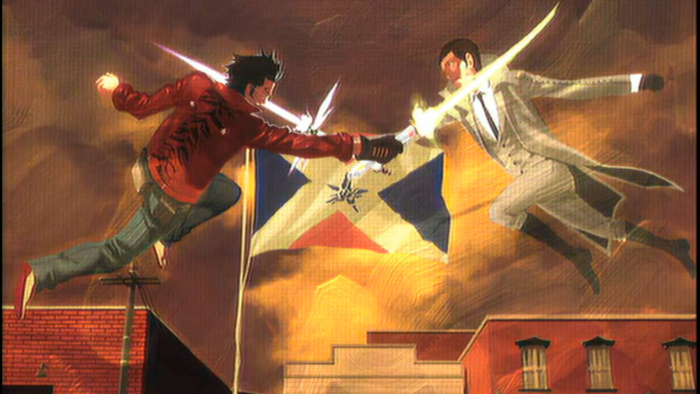 Suda51, the creative director behind the hack and slash action series, No More Heroes, is in talks with the publisher, Marvelous Entertainment, to bring the first two games to the Nintendo Switch. These titles are currently stuck on the Nintendo Wii with a remake of the first game only available on the PS3 and Xbox 360. With Travis Strikes Again coming out early next year for the Switch, it would be pretty rad to see a port so people who’ve never experienced Travis Touchdown’s adventures through Santa Destroy would be able to, on the go no less.

In the interview with Nintendeal, you can head to the 7:20 mark to hear where Suda51 shows interest in porting the first two titles to the Switch as well as the fact that he’s been in talks with Marvelous about it:

No More Heroes tells a story of a basic otaku that’s obsessed with anime, action figures, and anything related to geek culture. He ends up being low on cash and finds himself taking a spot as the number 11 assassin in the United Assassin’s Association, which then leads him to kill all of these insane assassin’s to get his name to the number one spot.