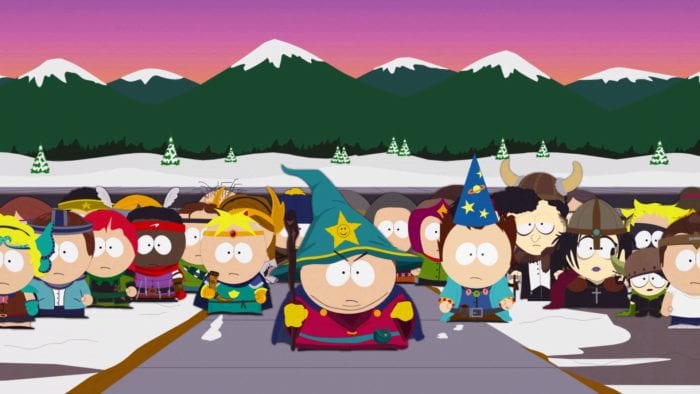 Ubisoft and developer Obsidian Entertainment have announced that the raunchy RPG, South Park: The Stick of Truth, will be coming to the Nintendo Switch eShop next week and will cost $29.99.

Stick of Truth originally came out back in 2014 for PC, PS3, and Xbox 360, and was written by the co-creators of the television show itself, Matt Stone and Trey Parker, who went to Obsidian Entertainment looking for a developer to create a video game that looked just like their comedic animated series. The game was then picked up by Ubisoft after THQ’s bankruptcy and ended up being one of the best licensed video games ever, as well as being downright hilarious.

Once you check out South Park: The Stick of Truth, be sure to play its sequel, The Fractured But Whole, which recently released for the Nintendo Switch and deals with superheroes instead of magic like its predecessor. We reviewed South Park: The Fractured but Whole here at Twinfinite and we thought the game was great, praising its similarities to the television show, specifically the humor and many references.