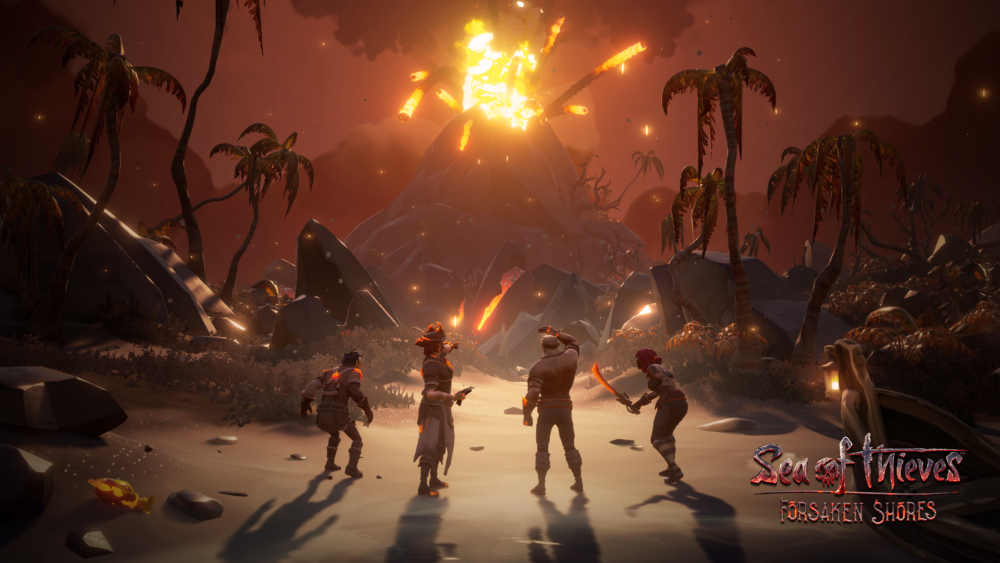 Following a delay last week, Rare has today detailed its Forsaken Shores update for Sea of Thieves with a blog post over on Xbox’s official website. There’s even a rather amusing little video that highlights the chances –something that’s become a bit of a hallmark of the game since launch. Best of all, the update is ready to go and available free for players right now.

Forsaken Shores marks six months since Sea of Thieves launch, and it’s part of an ongoing effort to flesh out the game’s swashbuckling world with more content for players to sink their teeth into. The blog post notes:

“Today, Forsaken Shores invites players to venture into a new volcanic region called The Devil’s Roar. This perilous and challenging area of the Sea of Thieves will have players encountering volcano eruptions raining down hot rocks and flowing lava, terrifying earthquakes, unpredictable geysers that can fling players into the air and dangerous super-heated water around islands.”

There’s also new content beyond the new region, which includes usable Row Boat that players can traverse too and from the island. There’s also a time-limited campaign that adds context to Devil’s Roar, as well as new Merchant Alliance quests in the form of Cargo Runs. “Cargo Runs will arrive in week three of the campaign and remain a permanent fixture of the Merchant Alliance moving forward.”

All the content added in Forsaken Shores is permanent to the game world. The update is available for players across all devices, including those playing via Game Pass.