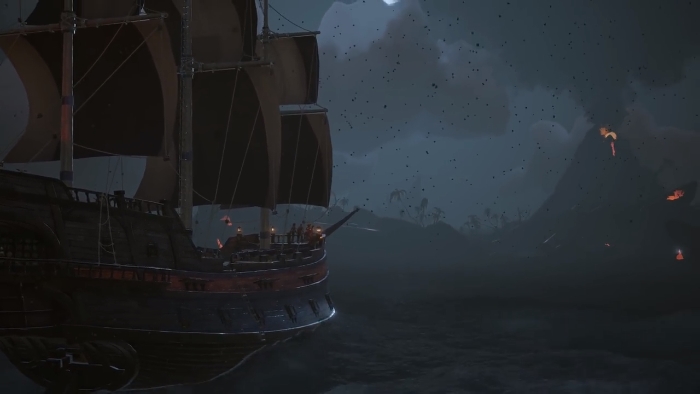 The third content update for Microsoft and Rare’s action-adventure pirate game Sea of Thieves has been delayed, the developer announced earlier this week.

The Forsaken Shores update was scheduled to go live for all Sea of Thieves players on Wednesday, Sept. 19, but has now been delayed until Thursday, Sept. 27. According to the announcement post, the extra time is meant to “deliver a stable, polished and bug-free experience” with the latest update.

Executive producer Joe Neate wrote in a forum post last Friday that a delay could be expected and noted that the “last couple” of updates caused issues such as the “unfortunate spyglass incident,” where players could see the spyglass tool sticking from other players’ crotches while using it. He said the team made it a priority to launch an update without unexpected issues requiring immediate maintenance.

Neate provided another forum post today explaining the cause of the delay was due to a “memory issue” causing crashes for most of their testers, or Pioneers.

“Our goal this week is to resolve the memory issue and get enough Pioneer coverage so that we are confident we have resolved the issue, prior to releasing to all of our players, Neate wrote. “As such, we are moving the release of Forsaken Shores to Thursday 27th September. This will give us time to implement fixes, test, and get builds out to Pioneers to gain confidence.”

The Forsaken Shores content update is adding a new region to Sea of Thieves called The Devil’s Roar, which is filled with active volcanoes and rising geysers. The update is also adding rowboats to allow players to reach the islands surrounded by boiling water.