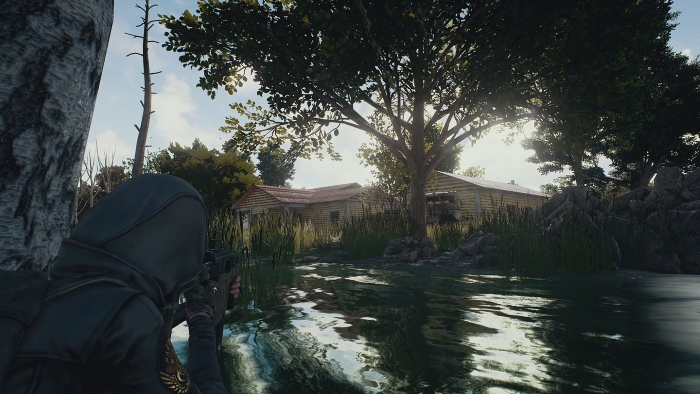 Sanhok, the game’s third map introduced in the PC version last June, has been added alongside two new guns, a map-exclusive truck, and the Sanhok-themed Event Pass. The Event Pass offers cosmetic rewards by leveling up the pass through playing games and completing missions. The pass includes 30 levels of content from both a free tier and premium tier that can be purchased for $9.99.

The skin systems for weapons and parachutes have also been added, allowing Xbox One players to equip skins from the customization and receive them from specific crates. The crate system received an overhaul with more options available, crate prices not increasing with each purchase, and no crates that require keys to unlock. Developer PUBG Corp. revealed the new drop rates for each crate in the official patch notes.

While Sanhok is available today, the War event mode and custom match feature have been delayed to avoid long matchmaking times, according to PUBG Corp. The studio said it plans to implement the respawning deathmatch War mode sometime in “late September” and custom matches in “mid-October.”