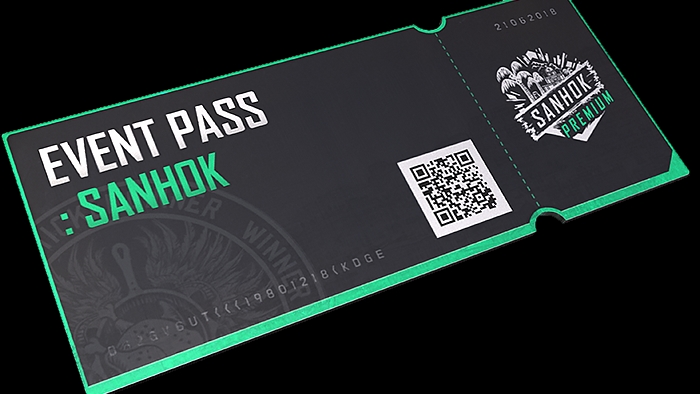 PlayerUnknown’s Battlegrounds will get its own battle pass with unlockable cosmetic rewards alongside the release of the Sanhok map for PC on Friday, June 22.

The game’s first “Event Pass” will last until July 21 and contain items that fit with Sanhok’s tropical theme. The pass will include 30 levels that can be leveled up through gaining XP by playing games and completing daily, weekly, and Sanhok-specific missions.

Similar to the passes offered by Fortnite and Rocket League, detailed earlier this week, the Event Pass will have free and premium versions. All players will have access to the free version, and can “temporarily unlock some items” by leveling up the pass, according to the game’s official website. The temporary items will expire when the pass ends in July, but also offers a free nickname change and a parachute skin that will be permanently unlocked.

“If you haven’t paid for the pass, you can temporarily unlock many of the items (and earn one special item permanently),” PUBG Corp. wrote in a Steam news post. “However, you can also permanently unlock a ton of exclusive reward items by paying to unlock the pass and completing certain missions to ‘level up’ your pass.”

The premium upgrade will cost $9.99, and can be bought at any time to claim rewards in levels already obtained. All cosmetic items in the premium version will be permanent, but are not tradable or marketable through the Steam marketplace. Levels can also be bought at $4.99 for five levels.

PUBG Corp. said it considered releasing paid DLC in the form of new maps, but decided against it since it would split the player base between those that paid and those that have not. The studio developed the Event Pass as a different alternative to the crate and key system, while adding a “trackable progression-related system” that the community has requested.