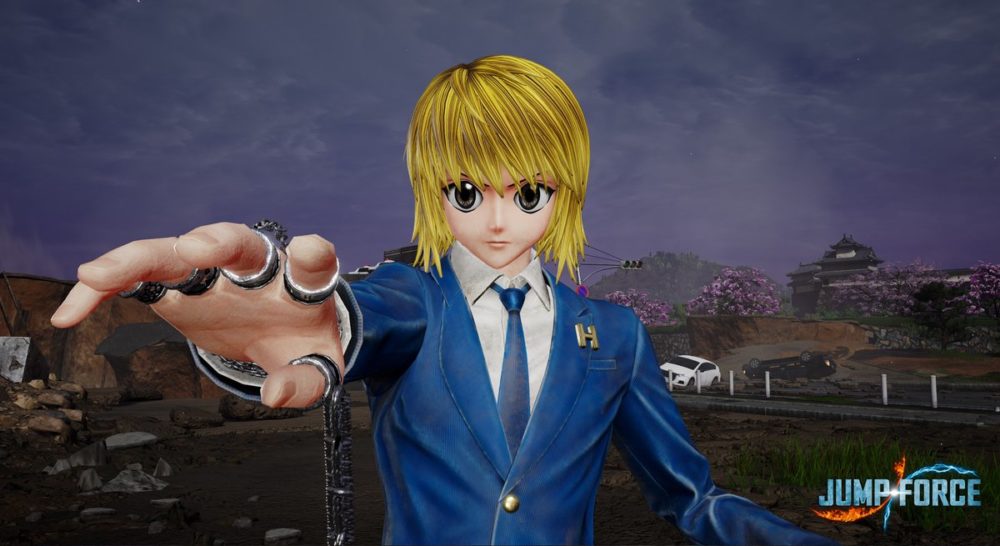 Jump Force continues to expand its roster with the reveal that Killua Zoldyck and Kurapika of Hunter X Hunter will be playable fighters.

In a preview for the game featured in the Japanese publication Jump, the two fan favorites from the long-running Shonen manga were revealed to be part of the game’s roster. Kurapika will be equipped with his trademark Nen chains and binding abilities, while Killua will give players full reign of his devastating lightning attacks and transformations. Little else was revealed about the characters or their roles in the game, and there are currently no teaser trailers showing them in action.

The characters are the latest confirmed addition to Jump Force’s roster, which pits heroes and villains from across the Shonen genre against one another. Before them, Gon, the protagonist of the Hunter X Hunter franchise, and Hisoka, a recurring villain from the series, were confirmed as roster members in a Gamescom 2018 trailer for the title. Likewise, Yami Yugi of the Yu-Gi-Oh! franchise was confirmed as a playable combatant with a trailer showing off his trademark magic cards and summons.

Jump Force is slated for a 2019 release on PlayStation 4, Xbox One and PC. For more on the game, check out our hands-on preview from E3 2018.