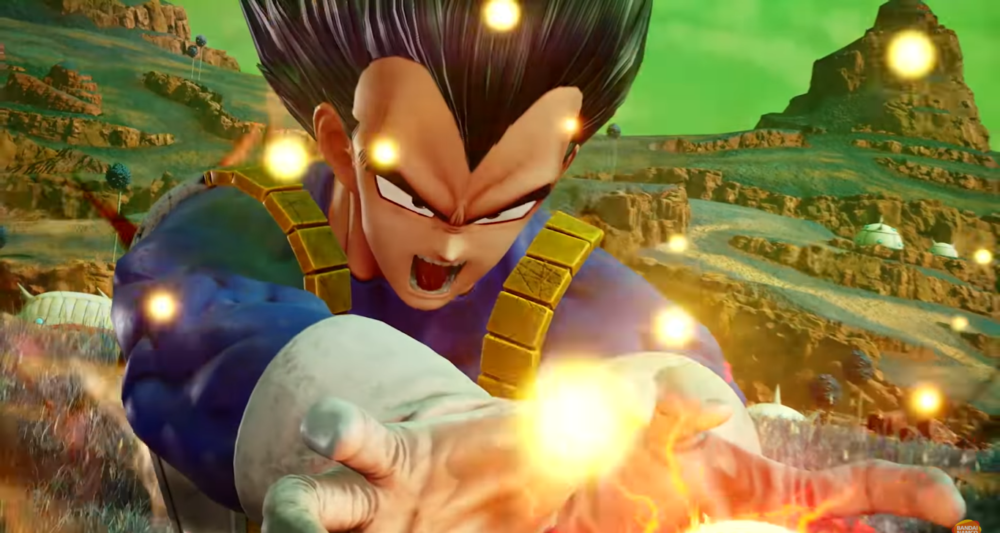 With major characters from Dragon Ball, Naruto, Death Note, and more duking it out on the battlefield, you would think that this was ambitious enough for a game. But the upcoming Jump Force is about to get get even crazier. Bandai Namco revealed a new trailer today for Gamescom 2018, showcasing new characters, as well providing a teaser of its online lobby and avatar creation system.

The new characters in the trailer hail from Shonen Jump’s long and colorful history of published manga. Gon and Hisoka from Hunter x Hunter, Sanji, Sabo, and Blackbeard from One Piece, and an ever-cocky Vegeta from Dragon Ball Z all appear to join the fray.

Also revealed in the trailer is a new stage for the game’s heroes and villains to fight in. The Planet Namek will be a familiar place for fans of Dragon Ball Z. Like the previously shown Times Square in New York City, it will have all sorts of destructible elements that will prop up as characters do battle. Furthermore, the trailer also gave a glimpse at its online lobby, as well as the silhouette of a customizable avatar. Stay tuned to learn more about these two features when they are revealed.

We had a hands-on preview of the game, which you can read about here.