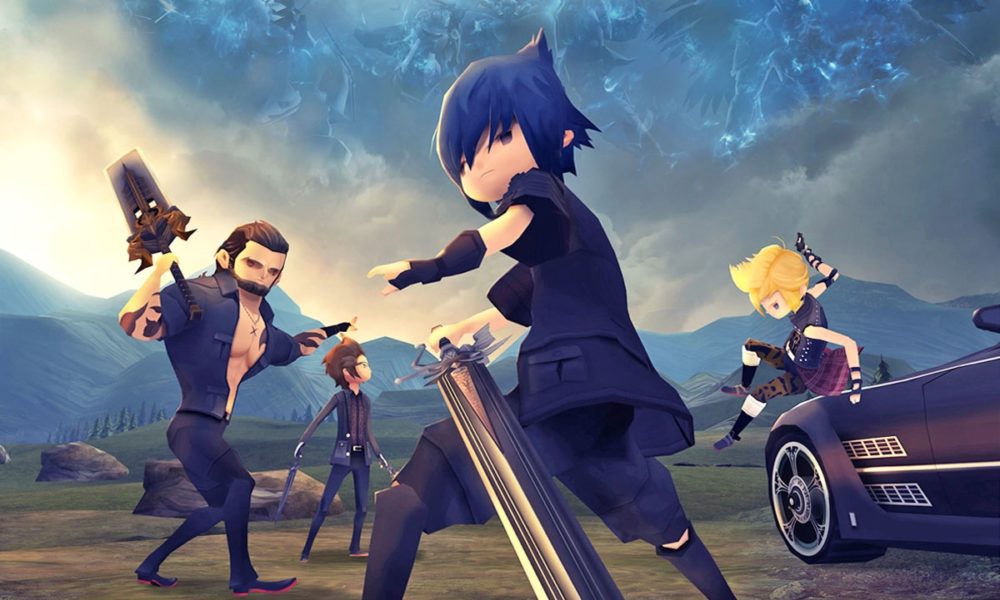 Final Fantasy XV is one of the best RPGs of recent year, and while its graphics are a little much for a Nintendo Switch, the HD version of the mobile edition is coming to Nintendo Switch. Sorry, did I say it’s coming to the Switch? I meant it will probably be out by the time you’ve read this article.

Last week, back when today’s Nintendo Direct had been scheduled to air (and cancelled due to an earthquake), Square Enix announced the HD version of Final Fantasy XV Pocket Edition. HD remasters of mobile games are nothing new, but the trailer drew the attention of gamers since the Nintendo Switch logo graced the ending screen of the video alongside the Xbox One and PlayStation 4 logos. Audiences theorized this video was meant to be part of the Nintendo Direct and Square decided to just post it online anyway. The trailer didn’t reveal much about the game, and Switch owners who wanted to play were left high and dry without a release date. Fast forward to today, Nintendo revealed that Final Fantasy XV Pocket Edition HD was indeed coming to the Nintendo Switch, except it wasn’t coming soon; it was coming today, and at an “introductory price,” no less.

Now, for those of you who don’t know, the Pocket Edition was created for gamers who didn’t have an Xbox One, PlayStation 4, or PC capable of playing the Windows Edition. Or didn’t have the 100+ hours to play through the game. Or both. Some may argue porting a mobile version of a console game to said consoles is self-defeating, but the game isn’t available on the Nintendo Switch and likely never will be given its intense graphics. Therefore, an HD version of the mobile game for the Switch makes perfect sense, since it’s probably the only way Switch owners will ever play the game without owning an Xbox One, PlayStation 4, or a powerful gaming PC.

We will keep our ears to the ground in case anyone, namely the wizards behind the DOOM and Wolfenstein II Switch ports, wants to try porting Final Fantasy XV to the Switch. Until then, well, don’t count out Final Fantasy XV Pocket Edition HD just yet. It still keeps the original game’s fantastic story intact, so it’s worth a try.

This Fire Emblem: Three Houses Calendar With All the Birthdays From Famitsu Is Really Neat

This Fire Emblem: Three Houses Calendar With All the Birthdays From Famitsu Is Really Neat