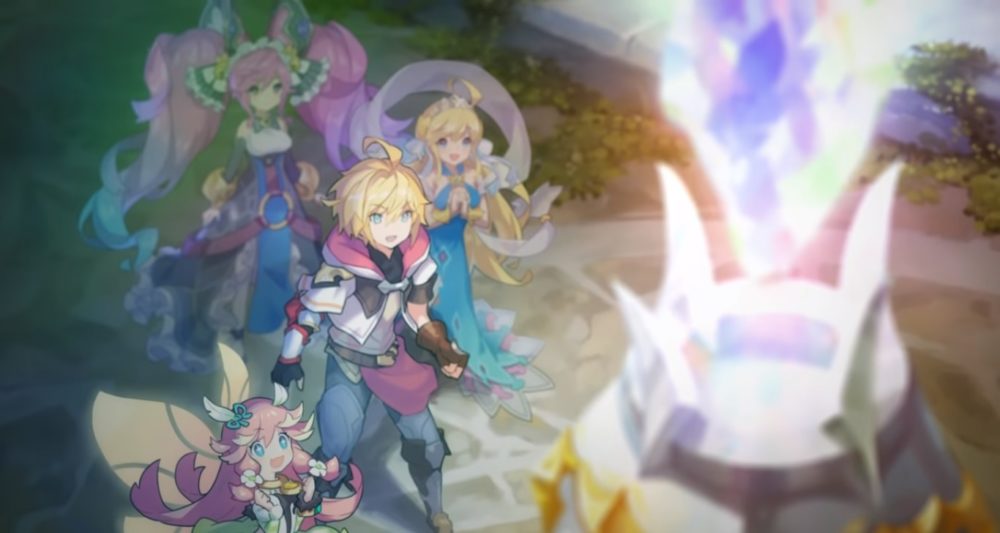 Nintendo and Cygames have revealed a story trailer for their upcoming free-to-play mobile RPG, Dragalia Lost, launching on Sept. 27. Below is a short summary of what was provided in the trailer:

The kingdom of Alberia has been protected by the power of the Sacred Shard for years. As its power weakens, the seventh prince of Alberia is sent by the king to be pactbound to a dragon. Together with his childhood friends, Zethia and Notte, he journeys to complete the rite known as the Dragon Choosing.

While he seeks a dragon to form a pact with, the protagonist runs into new companions such as the Paladyn Elisanne, the mercenary Ranzal, and child of the wood Cleo. He eventually finds the dragon called Midgardsormr, a legendary windwyrm, and makes a pact with it.

Even as things seem to be going well and the party claims the Sacred Shard, the protagonist soon finds his world turned upside down. His own blood relatives brand him as a traitor to the kingdom, and his closest friend Zethia vanishes. With nothing left but a new-found power to transform into a dragon, it is here where Dragalia Lost’s story begins.

You can learn more about the game’s battle, multiplayer, and summoning mechanics here.

Dragalia Lost will launch for iOS and Android on Sept. 27 in US, Japan, Taiwan, Hong Kong, and Macau. You can now pre-register for the game to earn up to 1,500 in Wyrmite currency when the game launches. The App Store and Google Play Store for Dragalia Lost are also now live.