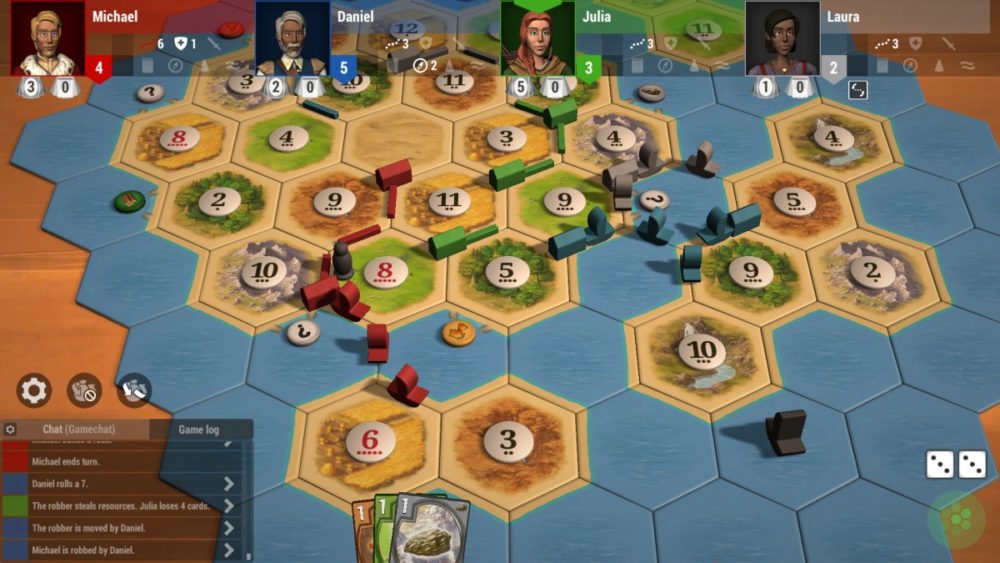 During today’s Nintendo Direct presentation, it was announced that publisher Asmodee Digital was bringing several tabletop games to Nintendo Switch, including Catan Universe. Asmodee is a French games publisher and developer, an has been bringing their tabletop games to digital platforms for a couple of years now. They think their games will be a perfect fit for the Nintendo switch.

Alongside Catan Universe, today also brought announcements of Carcassone, launching in December 2018. It will include 3D maps, solo mode, 4-player local multiplayer, and expansions available as paid DLC. Carcassonne is tile-based board game where the players build the map over turns and earn points by claiming features on placed tiles.

Also coming is Lord of the Rings: Living Card Game, a PvE card game which can be played solo or cooperatively with 2 players. The game has the distinction of being rare a co-op card game, and is more focused a telling a narrative via quests.

Pandemic is coming to the Switch, too, and also includes 4-player local multiplayer. In Pandemic, players must try to stop the spread of diseases by strategizing with each other. Players have different specialties and must use them to help one another, but epidemic cards hinder progress. Pandemic will have DLC available for purchase.

Finally, a dungeon crawler based Munchkin was also announced. No other details were given yet for Munchkin or Catan Universe.