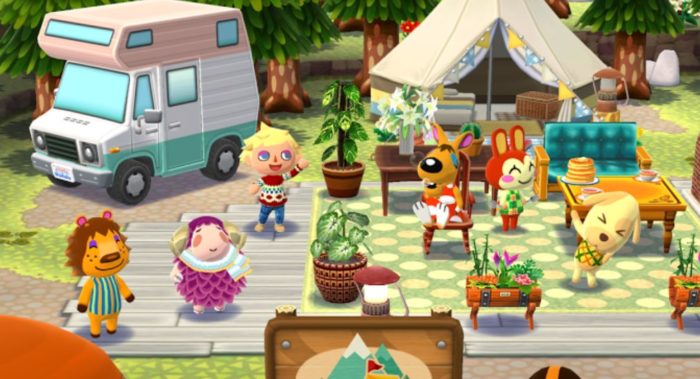 For those with short memories, Pocket Camp was a sensation when it released on mobile in 2017. The premise of the game is for players to please all the members of their camp by performing a series of favors ranging from the mundane to the downright insane. In return, players receive building materials to construct furniture and buildings, pleasing both the campers and themselves.

Riding the wave of the well-deserved adoration for Animal Crossing: New Leaf, Nintendo saw an opportunity to translate the incredibly stressful yet oh-so-rewarding mayorship of the series to mobile devices.

Despite Pocket Camp’s strong start in the West, the game’s popularity has waned in recent months. However, Pocket Camp has been a massive hit in Japan, with the region making up a whopping 81% of spending in-game. The US region came in second at a comparatively lower 14%. The game has been downloaded over 25 million times worldwide, yet it appears that its microtransaction-based model has only properly caught on in Japan.

Building on the series’s demand for maniacal Bell-hoarding, Pocket Camp demanded a little too much from player wallets in order to become a full experience. It was heavily criticised on release for its borderline draconian approach to microtransactions, despite the fantastic translation of the series’s trademarks.

The title has received a steady flow of updates since release, including the addition of four new campers in March. There is still plenty to enjoy in the game for free, but players may soon find themselves tempted to drop real dough to buy a funky gold chair (there’s nothing wrong with that, trust me).