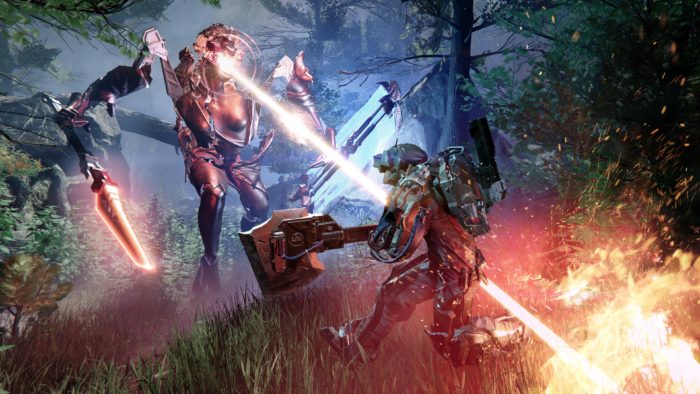 Just a year on from the original game’s launch, developer Deck 13 has dropped the first gameplay reveal for The Surge 2 at Gamescom 2018.

The Surge launched to a fairly divisive critical reception in 2017. Our own review praised the sci-fi spin on the traditionally medieval flavor of the Souls-like genre, but we disliked its bland level and enemy design, as well as the sometimes artificial sense of difficulty. According to the developers, the sequel aims to improve the formula this time around. The official description reads:

“The Surge 2 takes place in a brand new environment: a sprawling, devastated city with larger and more ambitious level design, made possible by Deck13’s upgraded and improved FLEDGE engine. Combat is more brutal and tactical than ever, with more advanced dodging, directional parrying, and unique AI behaviors. In addition, more abilities, weapons, implants, and drones give players a vast arsenal to build their character with, in their fight against the array of diverse new enemies and bosses.”

It’s hard to really piece together any proper impressions based on the new trailer, which mostly comprises a sort of sizzle-reel montage of action. From what we can tell, though, the pace of combat seems to have been increased a little from the more measured action of the first game. And between the flying sparks of futuristic laser zappers,  cinematic melee kills, and a host of intriguing robotic enemy designs, the production value of this second effort is eye-catching.

Check out the trailer for yourself below;