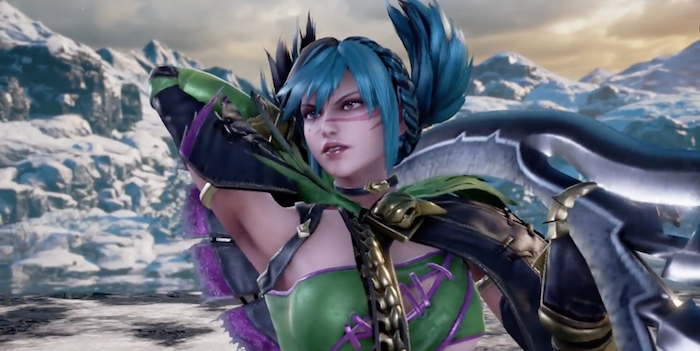 Bandai Namco stirred controversy during Gamescom 2018 when it announced that Soulcalibur series mainstay Tira would be locked behind a DLC paywall. This angered gamers for a number of reasons, from the confusing announcement that she would be a season pass pre-order bonus to the fact that the game’s full roster has yet to be announced. Apparently, the producer of Soulcalibur VI understands fan’s concerns and believes Tira’s reveal should’ve been handled more carefully.

“Opinions do differ wildly about these announcements,” said producer Motohiro Okubo during an interview with professional Soulcalibur player Kayane. “I personally think we should’ve been more careful about the way we have announced all this.”

According to Okubo, the team opted to reveal Tira at Gamescom 2018 to coincide with the start of the pre-order for the season pass. “As for the timing of the reveal, the preorders for the Season Pass started yesterday and since she’s a Season Pass bonus, we had to make both announcements at the same time.”

It’s worth noting that Tira will be given to season pass owners regardless if they pre-order the season pass or purchase it after launch. Originally, Bandai Namco announced three fighters for the season pass. With the inclusion of Talim, we now have a total of four fighters.

Okubo adds that the team only decided to include Tira in the game due to fan demand. “About Tira, having her in Soulcalibur VI needed some pretty complicated adjustments, so much so that she nearly didn’t make the cut. After we had announced Soul Calibur VI, a lot of fans asked for Tira, so I went to see the development team and asked them to put her in the game, so that’s why she isn’t in the main roster and is DLC.”