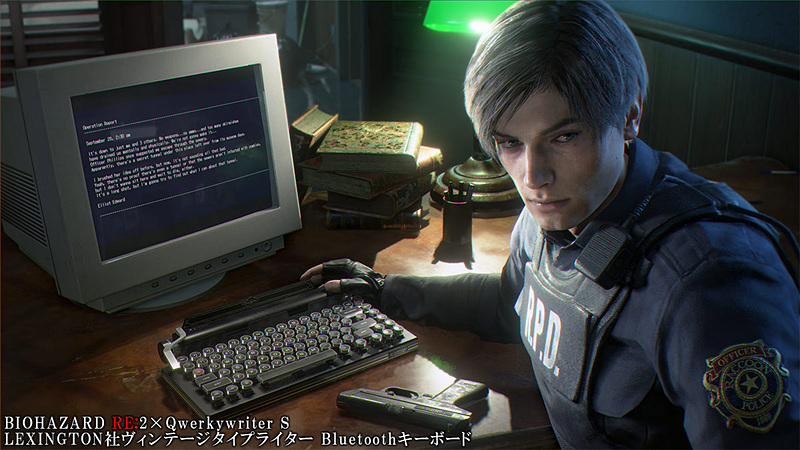 Spending $100, $200, or sometimes more on one video game’s collector’s edition definitely feels like an expensive endeavor. But if you really want to go all out on a single game, Capcom is offering the Biohazard Re:2 Premium Edition in Japan for a whopping 107,784 yen ($972). For those unaware, Biohazard Re:2 is Resident Evil 2’s Japanese name.

You’re probably wondering what you get for all of that money. The main attraction is the Biohazard Re:2 Qwertywriter S Lexington Typewriter Bluetooth Keyboard. Basically, it’s a wireless keyboard that is based off of the Lexington typewriter that appears in the game. You will also receive a complete set of four physical ink ribbons. Ink ribbons are a resource used with a typewriter in the original Resident Evil 2 in order to save your progress.

Added to this, this edition also comes with all of the contents from the previously announced Collector’s Edition, which includes:

Those looking to empty their savings account can purchase the Biohazard Re:2 Premium Edition exclusively on the e-Capcom online store. It is only available for PlayStation 4.