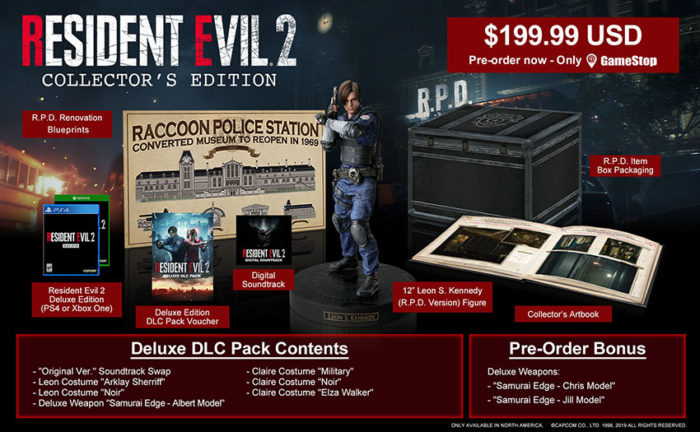 During a panel at San Diego Comic-Con, Capcom announced that its upcoming survival horror game, Resident Evil 2, will be getting a collector’s edition as well as a deluxe edition in North America. The company also detailed preorder bonuses you can nab with the game on release date.

Here are the full contents of the collector’s edition:

The Resident Evil 2 Collector’s Edition is available exclusively at Gamestop for $199.99 and can be preordered now.