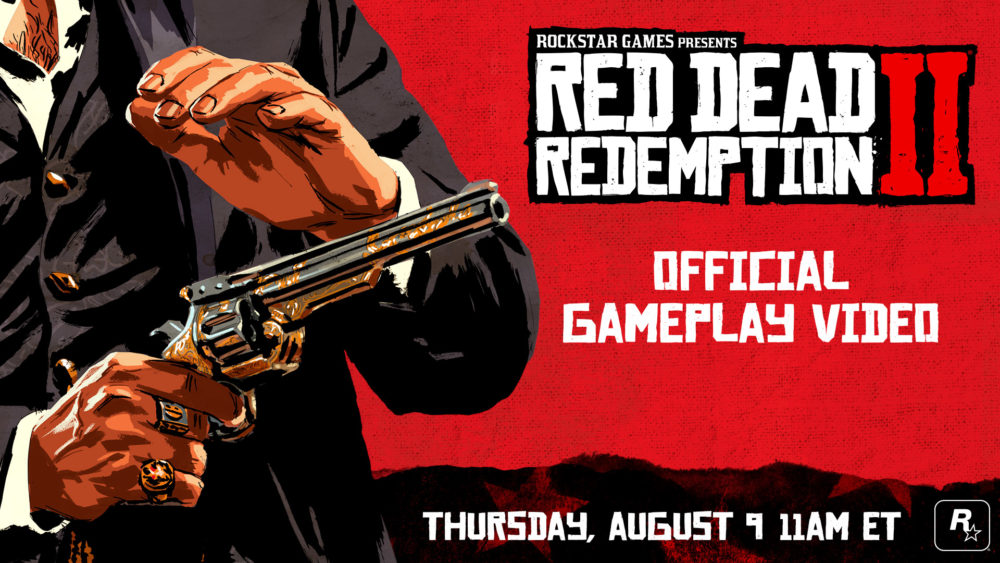 Rockstar Games has finally revealed gameplay footage for its upcoming open-world sequel Red Dead Redemption 2, and boy does it look every bit as good as we’d hoped.

In typical Rockstar style, the developer’s official Twitter made the sudden announcement yesterday that a new trailer was on the way, and that we’d, at last, get a decent look at Arthur Morgan in all his gun-toting glory. The fourth official trailer for the game but the first to properly showcase it running in action, we’re treated to a substantial six-minute look at Red Dead Redemption 2’s wild-western sandbox.

Narrated Grand Theft Auto-style, the trailer sets the tone for the game as an attempt to catch the pivotal moment when the age of outlaws was ending and the modern world was beginning, and we’re reintroduced to Arthur Morgan and the Van Der Linde Gang. The trailer explains how players will constantly be on the run from the authorities, fleeing areas of the sandbox and setting up new camps that serve as the gang’s base. We get to the rich new depth of interactivity with its open-world and changes to the combat and gunplay, as well as how the bond between player and horse will play a major role in traversal.

Rockstar makes special mention of further gameplay footage soon to be released which will familiarize us with missions structure and the return of the Dead Eye shooting mechanic.

Red Dead Redemption 2 is a sequel long in the making, and one that Rockstar Games promises will redefine open-world gaming. That’s music to our ears, as we’ve already written extensively about our hopes that the game moves the genre forward in a meaningful way.