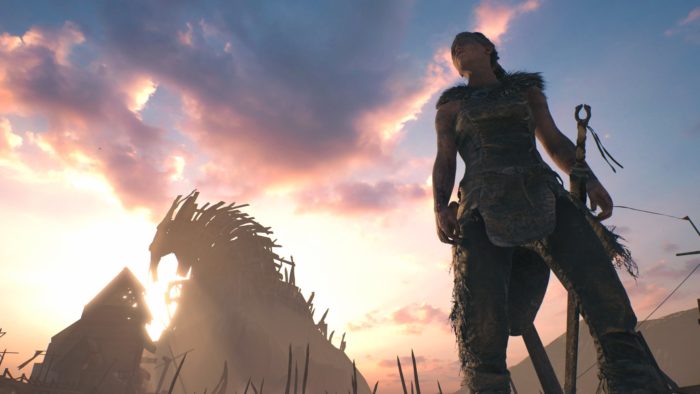 Ninja Theory’s celebrated title, Hellblade: Senua’s Sacrifice, continues to remain both present and relevant within gaming communities over a year after its initial launch, but the game’s release on Xbox One in April 2018 came with the promise of much more than additional accolades.

In April, Ninja Theory set first week sales goals of 50,000 and 100,000 copies for Hellblade’s Xbox One release, with each benchmark unlocking a $25,000 donation to Mental Health America, a nonprofit organization promoting mental health awareness. Having sales of Hellblade benefit Mental Health America felt like a perfect pairing as the game has been lauded for its treatment and depiction of mental illness.

Fans responded raucously, with the title amassing 50,000 units sold within six days, sending the first $25,000 donation out the door, but sales failed to reach 100,000 by week’s end.

It took almost another four months for Hellblade: Senua’s Sacrifice to top 100,000 copies sold on Xbox, but Ninja Theory announced Monday that not only had the BAFTA winner reached the sales milestone but that it would still honor its original pledge to donate an additional $25,000 to Mental Health America, bringing the company’s total donation to $50,000.

We’ve donated another $25K to @MentalHealthAm to take our total donation to $50K! We pledged to make this donation when we hit 100K sales on #Xbox – so thanks to all the #Xbox fans who made this happen! pic.twitter.com/mwUh1bixw3

Ninja Theory offered thanks on Twitter, stating, “We pledged to make this donation when we hit 100K sales on #Xbox – so thanks to all the #Xbox fans who made this happen!” Mental Health America also thanked Ninja Theory and its fans via Twitter, stating, “Thank you so much and thank you to the @NinjaTheory community for making this donation possible!”