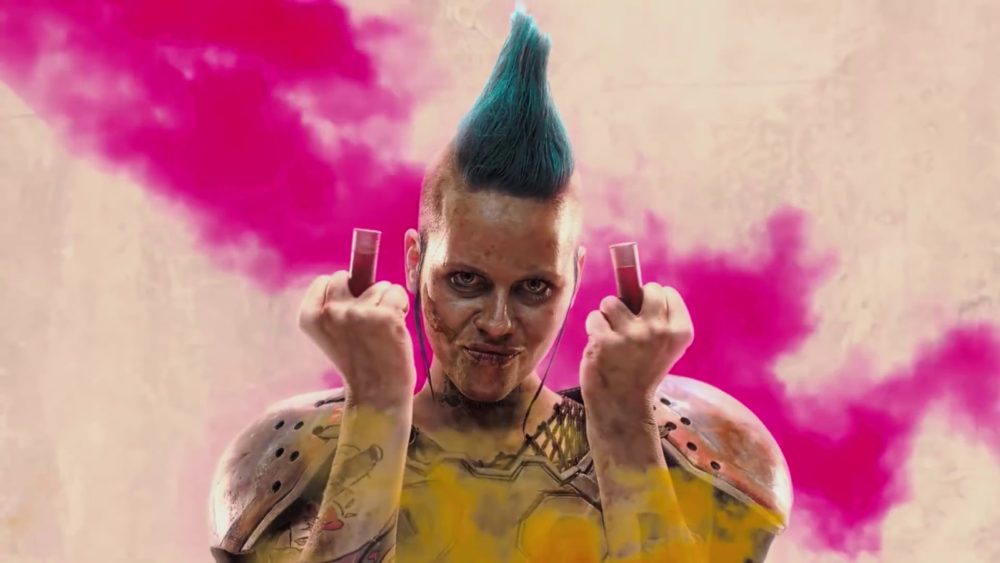 Zenimax Media’s QuakeCon is in full-flow at the Gaylord convention center, and during a keynote today, Bethesda showed off its upcoming open world FPS sequel, Rage 2 in a huge seven-minute extended gameplay trailer called Eden Assault.

Described by the Rockstar Games-like female narrator as “an unprecedented partnership in gaming” that “fuses id Softwares best in class first-person shooting mechanics with Avalanche Studio’s mastery of open world insanity.” It doesn’t appear as though she’s too far off the mark with that statement as we see some explosive shooting and traversal, with everything from lifting enemies into the air and gunning them out of the sky to racing around the sandbox in highspeed vehicle chase scenes.

The trailer introduces the game’s main protagonist, as well as the factions we’ll be battling for control of the sandbox. The action, though, takes center stage as we assault the Eden Space Center with some impressive set piece moments and scintillating gunfire. We also get plenty of details on the various special abilities and upgradable weapons and gear available to players.

We’re getting some serious Mad Max vibes from the trailer, which you can check out below:

Announced earlier this year, Rage 2 is a somewhat unexpected sequel title to the original 2010 release, which launched to a fairly average critical reception last generation. The new game appears as though it’s really doubling down on the outrageous action that fans enjoyed in its predecessor, however, and we’re liking the over the top energy of everything we’ve seen so far.