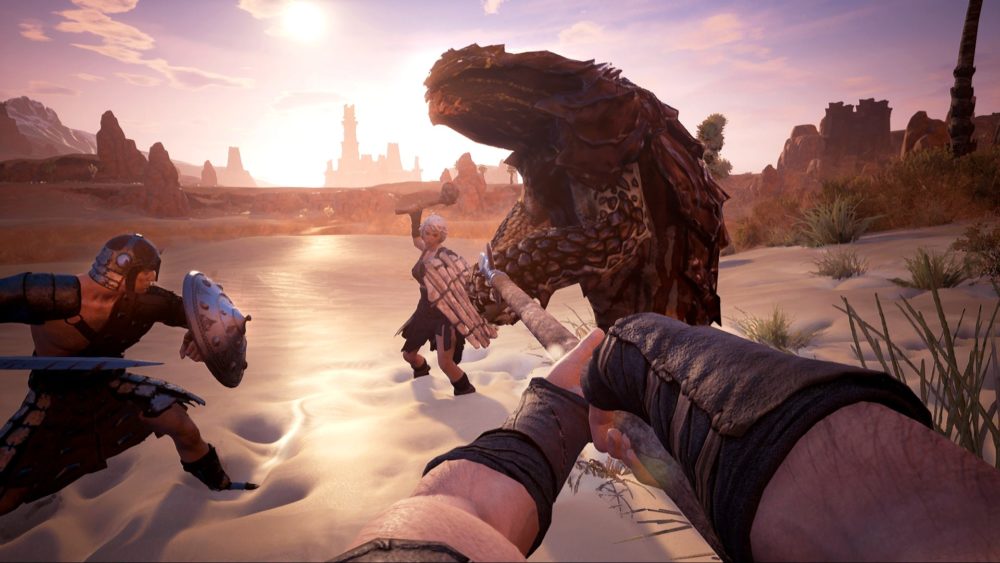 Conan Exiles, which recently made its way to consoles in May, has received a new expansion today and with it, a flashy new trailer showing off some of the things coming to the game.

Titled, “The Jewel of the West,” this expansion brings with it new building pieces, placeables, weapons, armors and war paints from the kingdom of Aquilonia. This content will allow players to build exclusive houses and settlements with a complete set of Aquilonian building pieces, which look quite similar to that of Ancient Greek or Roman achitecture — these Aquilonian structures are best defined by their smooth marble, giving the buildings a new and fancy pristine look. 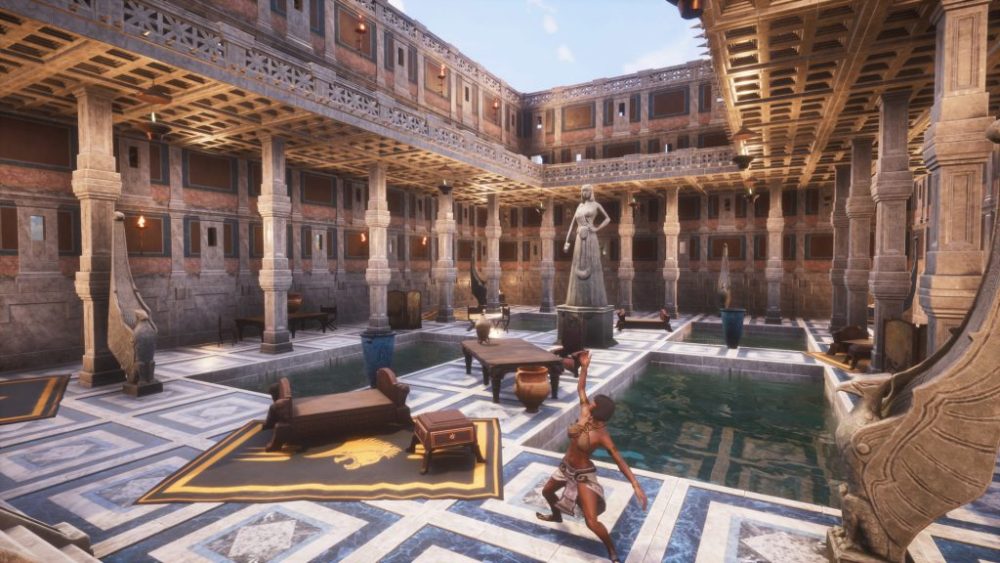 Players will not only have the chance to dive into new building content courtesy of this expansion, but they’ll be able to customize their character in new ways, too, with three new armor sets such as the Aquilonian Scout light armor. Your character will also be able to wield new weapons like the lion-headed Aquilonina Mace (again, very Roman in appearance). And finally, players can craft new placeable like Aquilonina statues, braziers, jars and of course, war paints.

This information also came with a new trailer showing off all of the exclusive goods.

Here’s a full breakdown of everything in “The Jewel of the West” Expansion Pack from the official Conan Exiles blog post.

The blog posts notes that all of this content is exclusive to the DLC and is strictly visual, with no in-game advantage in power.