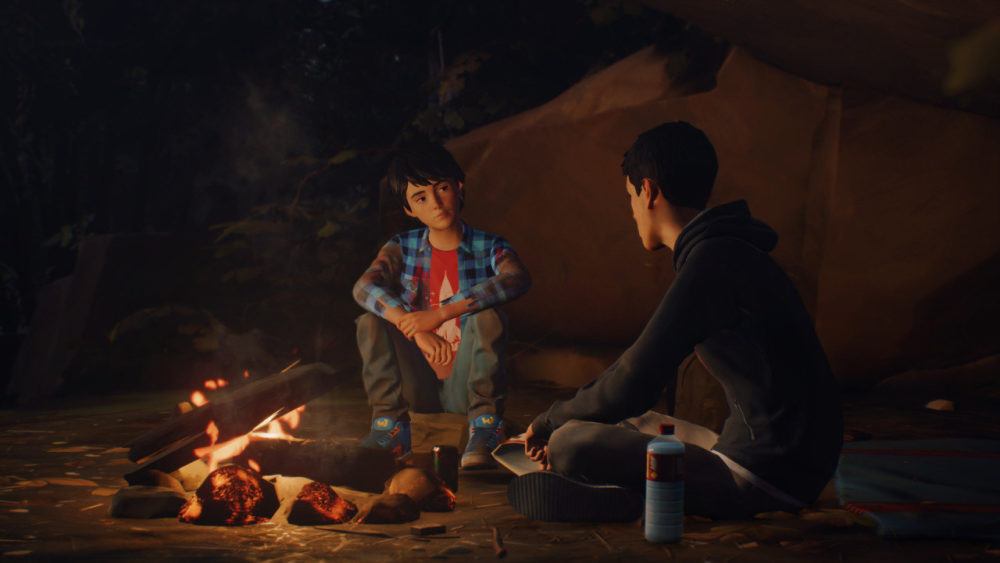 Dontnod and Square Enix have officially revealed Life is Strange 2, giving fans a glimpse of what their emotions are in for later this year. The previous teaser for the game showed a cop being flung across the street by some kind of telekinetic power, and now we have a bit more context for that. You can watch the full reveal trailer down below.

From the trailer and blog post that Dontnod shared today, it seems that Life is Strange 2 will focus on the neighbor boys seen in The Awesome Adventures of Captain Spirit, Sean and Daniel. It still isn’t clear what exactly happened in the scene with the police officer, but it seems like one of the brothers possesses some kind of telekinetic power, and now the two are on the run to Mexico. You’ll play as Sean, the older of the two, trying to protect the younger brother Daniel, while also teaching him important life lessons. Here’s an excerpt from Dontnod’s blog post describing the game,

“The game will this time focus on brotherhood alongside the need to guide and educate your younger brother whilst simultaneously coming of age yourself. As with previous games in the series, Life is Strange 2 will tackle a host of issues that all of us can identify with and that will cause moral dilemmas and require much soul searching. These themes come together most powerfully in the way Daniel will develop depending on the lessons you teach him and the role model you decide to be.”

What we don’t see in the trailer is how Chris, the main character of Captain Spirit, plays into everything. We do know he’ll be a major character, but we’ll have to wait and see what role he’ll really play. Dontnod also confirmed that Life is Strange 2 will feature a diverse, licensed soundtrack, although no artists were announced yet.

The opening of Life is Strange 2 will be playable at GamesCom, so stay tuned to Twinfinite for even more details on the game.

One Journey. Many Paths.
This is #LifeisStrange2.
Pre-order here: https://t.co/0vOPrzMdU7.
Find out all you need to know on our blog: https://t.co/FseFjViMVG pic.twitter.com/tl2ZevxZYK