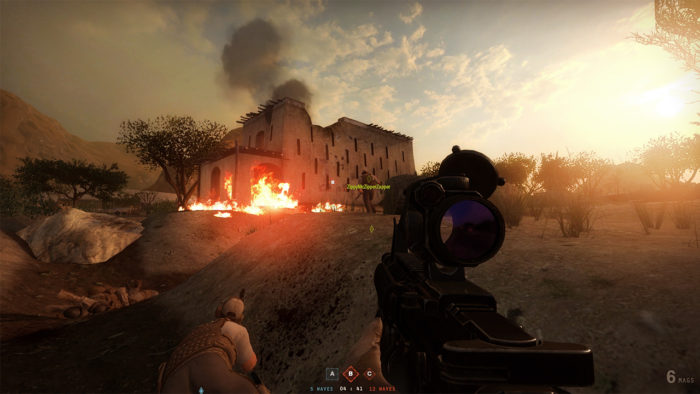 The free offer can be claimed by signing into Steam, going to the game’s official store page, and selecting the green ‘Install Game’ button to add it to your Steam account. The offer is only available for the next 48 hours, or Wednesday, Aug. 15. Downloading and playing it on PC, Mac, or Linux during that time will make it “free to keep” forever.

The game was a standalone title based on the studio’s 2007 Source mod Insurgency: Modern Infantry Combat. Both focused on more hardcore combat, including an extremely simplified HUD, realistic weapon behavior and effects, and an emphasis on one-hit kills. The game has been steadily updated since its launch in 2014.

The studio is developing a sequel called Insurgency: Sandstorm, billed as a “reborn, improved, and expanded” version of Insurgency created in Unreal Engine 4. Owners of the previous game on PC will receive a 10% off discount on Insurgency: Sandstorm, which stacks with the 10% pre-order discount. Those who pre-order will be able to access multiple betas before the game is scheduled to release on Sept. 18. The game is also planned for PlayStation 4 and Xbox One sometime in 2019.