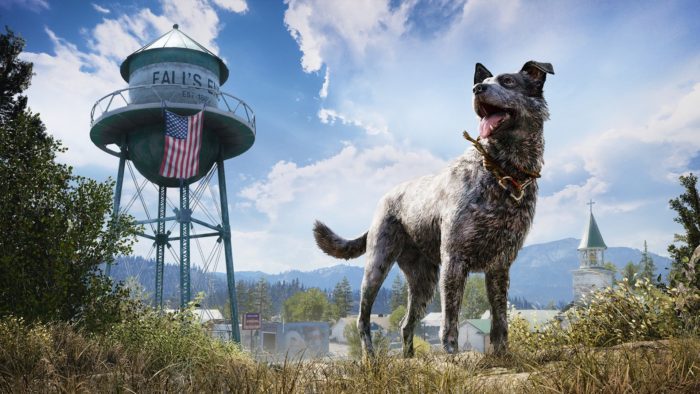 Plenty of video games come with a New Game+ mode, ready and waiting for gamers who want use all their hard-earned equipment and skills from the beginning of another playthrough. Far Cry 5 was not one of those games, but it is now.

The latest post in Ubisoft’s Twitter feed serves as a friendly reminder that Title Update 10 for Far Cry 5 exists. Not the most creative of names, but it gets the job done, especially since the update includes the long-awaited New Game+ mode that was missing from Far Cry 5’s release version. Technically, the update launched two days ago, but maybe some people didn’t know, hence Ubisoft’s tweet.

Normally, the news would end here, but Far Cry 5’s New Game+ mode is no ordinary one. Sure, players get to start the game over again, keeping all their money, vehicles, gear, weapons, outfits, prestige items, unspent perk points, challenge progression, and arcade progression. However, in this New Game+, gamers can stack perks. Since players can replay New Game+ mode as much as they want, they could hypothetically boost their health until they were literally unkillable, carry enough ammunition to take down an entire country, and swim faster and hold their breath longer than Aquaman. And let’s not forget the perks that allow allies to return to the fight faster, because who doesn’t want a deadly attack Cougar who heals faster than Wolverine and is fond of belly rubs?

Of course, what is the point of keeping unlocked equipment and perks in New Game+ without a tougher challenge? Update 10 also comes with a new difficulty mode, Infamous difficulty, that will put gamers’ skills to the test. Enemies will hit harder, react faster, and soak up bullets like a Mr. Clean Magic Eraser soaks up dirt. Players are going to need those stacked perks if they want to survive, and if they do, their hard work will earn them some sweet bragging rights in the form of a new outfit, an Ubisoft Club Badge, and a trophy/achievement.

Title Update 10 is available for the PlayStation 4, Xbox One, and PC versions of Far Cry 5.