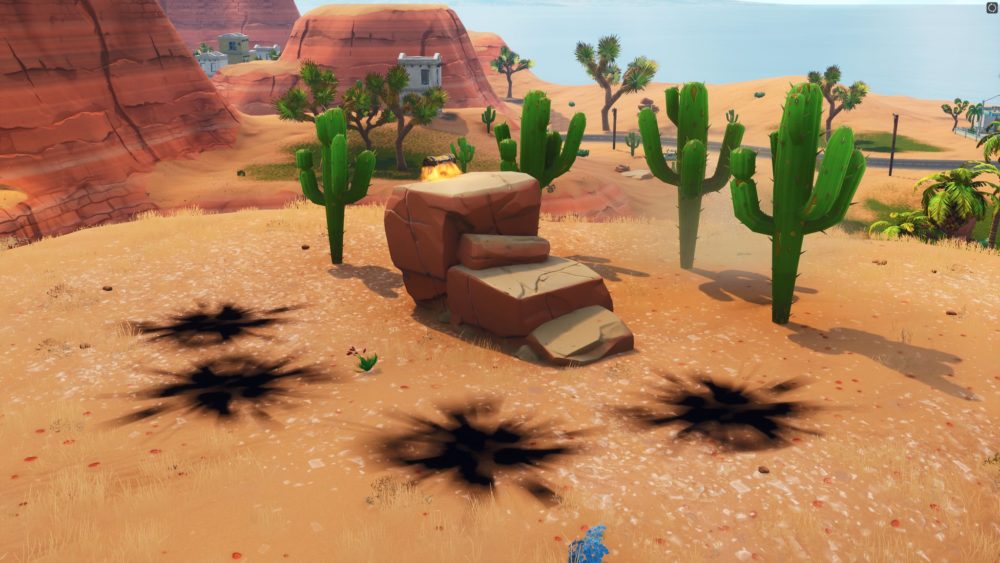 Strange happenings have come to the world of Fortnite once again, this time in the form of lightning strikes with a proclivity for hitting cacti.

Revealed via the Fortnite Battle Royale News Twitter account, it has been revealed that lightning has begun to strike a specific area in Fortnite multiple times. Not only that, but several of the strikes have destroyed nearby cacti, with four out of eight clustered in a group now incinerated into ash. The tweet doesn’t provide any hints as to what will occur when every cacti has been destroyed, but the lightning strikes continue to occur regardless.

The strange events follow a similar phenomenon tracked by fans. Over the course of several weeks, a comet could be seen within orbit of the game’s world, growing closer with each subsequent day that passed. This culminated in the comet colliding with the game world and altering the title’s Dusty Depot map with anti-gravity crystals, a visible crater created by its impact and more. The event became a source for speculation and excitement among fans and many theorized for months as to what it meant.

Fortnite is currently available on PlayStation 4, Xbox One, PC, Mobile and Nintendo Switch. For more on the game, check out the recently released patch notes for the game’s latest update.