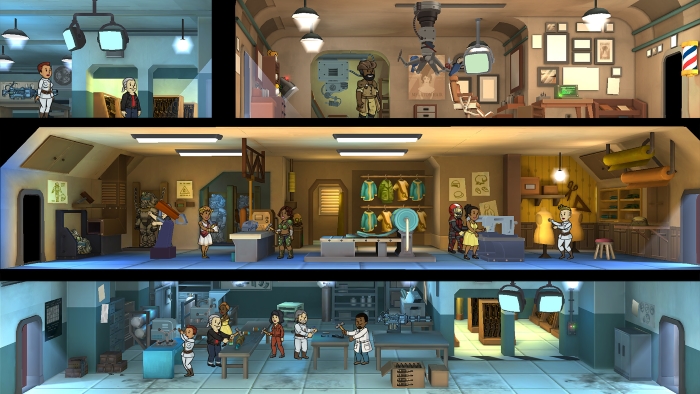 Bethesda’s post-apocalyptic management simulation game Fallout Shelter has earned more than $93 million on iOS and Android devices since its launch.

According to a report by app economy analyst company Sensor Tower, the free-to-play game has reached that amount since it launched on iOS for the App Store in June 2015 and Android on Google Play in August 2015. The game’s revenue was approximately $212,000 on June 15, 2018, the game’s third anniversary, a high amount that was only surpassed by about $237,000 in September 2015.

The figures do not account for the PC and console versions of the game, only the mobile versions. The company estimates that about 59% of all spending comes from the United States with 49% coming from iOS and 51% from Google Play, and expects the game to hit $100 million in revenue “before the end of 2018.”

Fallout Shelter was originally announced during Bethesda’s E3 2015 press conference and released on iOS the same day. It has since launched for PC in July 2016, Xbox One in February 2017, and for Nintendo Switch and PlayStation 4 during the company’s E3 2018 press conference last June. According to Bethesda’s Todd Howard, the game has reached over 120 million players since its original release.

Bethesda will be holding its annual QuakeCon event on Aug. 9-12, where more will be revealed about the upcoming game in the franchise, Fallout 76.