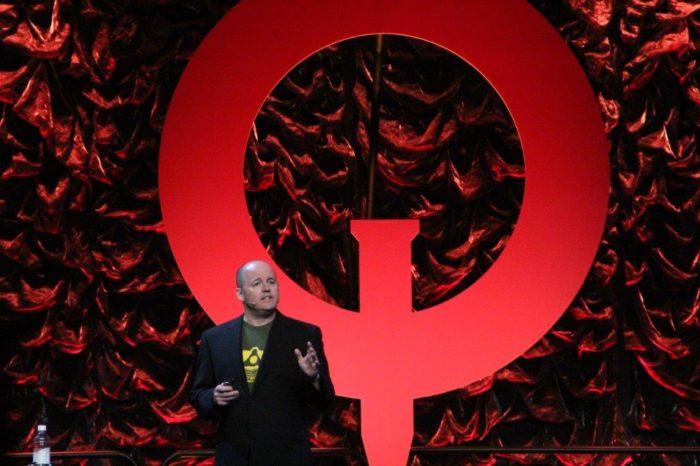 Bethesda has today unveiled its plans for this year’s QuakeCon convention, which includes a keynote presentation set to reveal gameplay for the upcoming DOOM Eternal, and a separate panel that aims to showcase a “deeper dive” into Fallout 76.

As well as DOOM Eternal, the publisher’s keynote will address updates to Quake Champions and the Elder Scrolls Online, and detail new information on RAGE 2. Members of Id Software will be in attendance, and Todd Howard will be on hand to answer questions on Fallout 76 during the later panel. Check the full schedule out below:

Saturday, August 11 @ 12pm ET – Todd Howard and others from Bethesda Game Studios will take fans through a deeper dive into character systems and Perks coming in Fallout 76, followed by a Q&A with the team to address fans’ most pressing questions. Streamed here.

Thursday, August 9 – Friday, August 10 – The Elder Scrolls: Legends Masters Series qualifiers are underway and set to culminate with two days of competition and finals at QuakeCon. Sixteen of the best Legends players in the world will convene at the Gaylord Texan Resort and Convention Center to battle for their share of a $50,000 prize pool. Streamed here.

Friday, August 10 – Sunday, August 12 – The next Major event for Quake Champions will take place at QuakeCon 2018. The QuakeCon Open will bring some of the best esports players in the world to battle it out in 2v2 for their share of a $175,000 prize pool. Streamed here.

QuakeCon 2018 takes place between August 9-12 at the Gaylord Texan Resort and Convention Center in Grapevine, Texas. Tickets are still available, and information on the event can be found here.