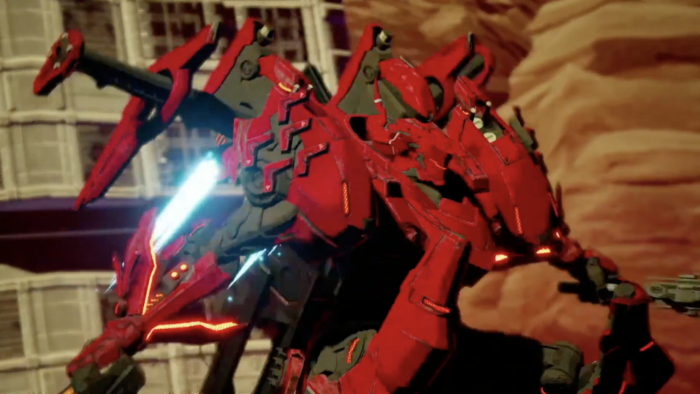 Nintendo’s upcoming mecha game, Daemon X Machina, has just gotten a new teaser trailer today at Gamescom. The short clip is packed with plenty of explosive action as well as a quick look at a pilot running around the battlefield. The trailer ends with an official 2019 release date, so fans will have to wait just a bit longer before they can get their hands on Daemon X Machine on the Nintendo Switch.

Initially revealed during the Nintendo E3 2018 press conference, Daemon X Machina is an action game filled with plenty of mechs and weapons to choose from. There’s about almost every gun you can think of, from rocket launchers, missiles, and even beam swords, as you fight dangerous enemies in both land and sky. Players fight other mechs and attempt to tear off their parts and even use it to their advantage as their own weapon in Daemon X Machina.

For a better look at Daemon X Machina, take a look at the Gamescom trailer below. While there isn’t a confirmed release date, we can probably expect to hear more news about the game in the near future. Make sure to follow Twinfinite for more updates on the upcoming action game.