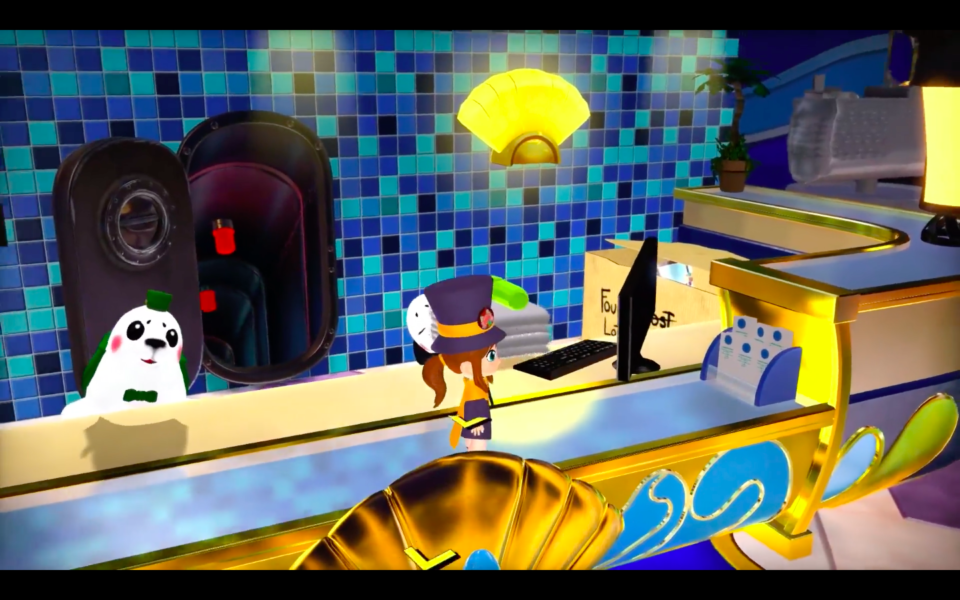 After months of will they/won’t they flirtation, A Hat in Time, the Gamecube inspired 3D platformer is finally, definitely coming to Nintendo Switch sometime in the near future. This was confirmed today via a Gamescom announcement on developers GearsforBreakfast’s Twitch.

Although it would seem like an obvious fit, there was a bit of drama surrounding the possibility of a Switch port. After cancelling the Wii U version of A Hat in Time due to the system’s untimely demise, fans of Nintendo consoles were hoping, and very vocally requesting that a Switch version be ported instead to the point where it began to frustrate developer Jonas Kærlev. Hope for the port seemed to be lost, but that changed today.

In addition to that bombshell, the Gamescom announcement also showed off a new paid-DLC called Seal the Deal. The name is a play on words which describes the two main features in the DLC: a new Arctic Cruise themed chapter which features lots of cute seals, and a new Death Wish challenge mode headed up by the contract loving Snatcher character. The DLC will include new time rifts, hats, dyes, flairs and filters.

A new free splitscreen co-op DLC will be added as well and will allow players to play the entire game together with a friend.

The Seal the Deal update and free co-op DLC will be out on Sept. 13 on PC, and if you download Seal the Deal within a day of release, you can get it free. After that it will cost $4.99.