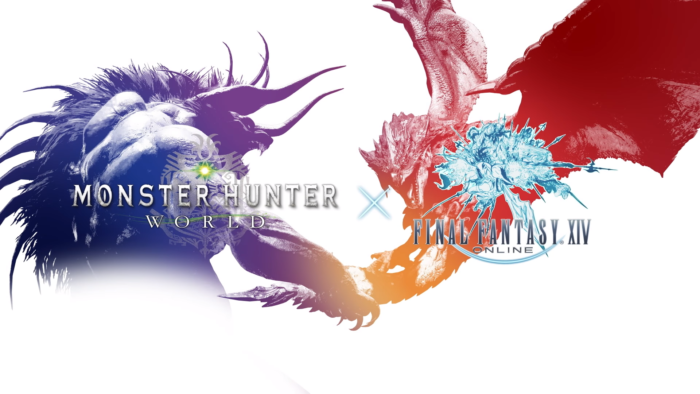 Monster Hunter: World’s Final Fantasy collab is right around the corner. Are you ready for the chaos to unfold?

Last month, Capcom and Square Enix revealed the news that nobody expected: Monster Hunter: World players would be able to hunt the Behemoth and Final Fantasy XIV owners would encounter the Rathalos. However, that was only a teaser of what was yet to come. It was only a matter of time before Capcom released a trailer with more information about the collaboration, and that time is now.

Turns out the Behemoth hunt isn’t just going to be a standalone mission; there’s actually a story attached. Apparently, a magical crystal called aetheryte has appeared in the world of Monster Hunter: World and is acting as a magnet for all sorts of weirdness. Not only will the Behemoth make its way into the game, but so will other Final Fantasy staples like Moogles and Cactuars who will help (or hinder) hunters. Moreover, the aetheryte isn’t just going to be a magical MacGuffin meant to explain why Final Fantasy creatures have invaded Monster Hunter: World. The crystal will have a (literal) big impact on the native wildlife, as evidenced by it supersizing everyone’s favorite kleptobird, the Kulu-Ya-Ku, in the trailer. We might want to start praying the Bazelgeuse or the Nergigante never gets their claws on the aetheryte.

When the Behemoth was first announced for Monster Hunter: World, gamers theorized how this massive monster would fight. Judging by the trailer, it will live up to its name and use its bulk to its advantage. The Behemoth is neither nimble nor quick, but when you’re bigger than a house, you don’t have to be. But, the creature will have one trick up its sleeve that will keep players on their toes: magic. Yes, believe it or not, this brute will come packed with enough Meteor, Fire, and Thunder spells to flatten, charbroil, and pulverize unwary — and unlucky — gamers.

Of course, what is a hunt in Monster Hunter without rewards? The entire point of the game is to get into the never-ending (yet still enjoyable) cycle of hunting a monster, carving up its body for parts, using those parts to forge stronger armor and weapons, wielding those items against stronger monsters, and so on ad infinitum. Well, the Monster Hunter/Final Fantasy collab will provide some worthwhile bounties. While the items don’t look like they were made from the hide, hair, and horns of the Behemoth, they actually go one better and resemble the armor of the iconic and recurring Dragoon job class, complete with a sweet Insect Glaive. Odds are each weapon type will be represented in the collaboration, and with any luck, they will resemble various weapons throughout Final Fantasy’s history. In other words Great Sword owners just might be able to craft Cloud’s Buster Sword, and Long Sword wielders could possibly obtain Sephiroth’s long-ass katana.

The Monster Hunter: World Final Fantasy update will be available on August 2nd as a free update. Happy hunting.