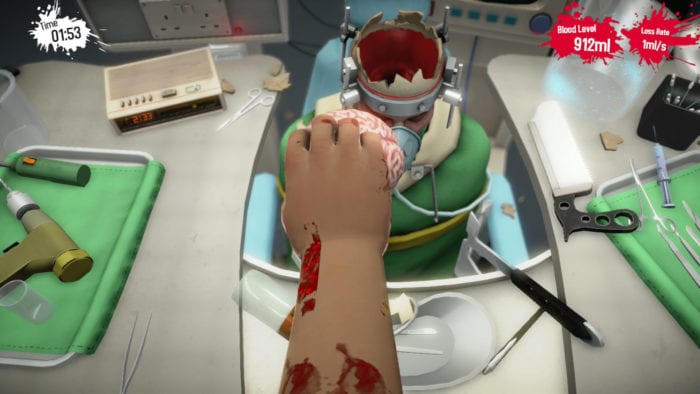 Surgeon Simulator could be getting a sequel…or a Nintendo Switch port, according to the out-there teaser shared via the official Surgeon Simulator YouTube channel. Bossa Studios certainly looks like it’s talking about something brand new with the clip, which promises to deliver “Bone-shattering news.” The description for the video includes “Let us know when it…clicks,” along with footage of a player hand turning off a light with the wall switch.

It’s likely a new Switch version of the game that we can look forward to, but there’s no additional information out there just yet about what to expect. It would be a perfect match for the Switch, however, especially since it made its debut on iOS back in March 2014, and then jumped to PlayStation 4 and Android in August 2014.

The silly surgical simulator finds you struggling to control your surgeon’s hand with shaky controls and performing outlandish procedures. It’s a great game for parties, especially if you’re not particularly adept at it. You’ll just hack away at a patient’s sternum with a hammer, swap in new hearts by slinging the organ in the chest cavity, and a variety of other surreal things. Let’s hope it settles down on Nintendo’s handheld.