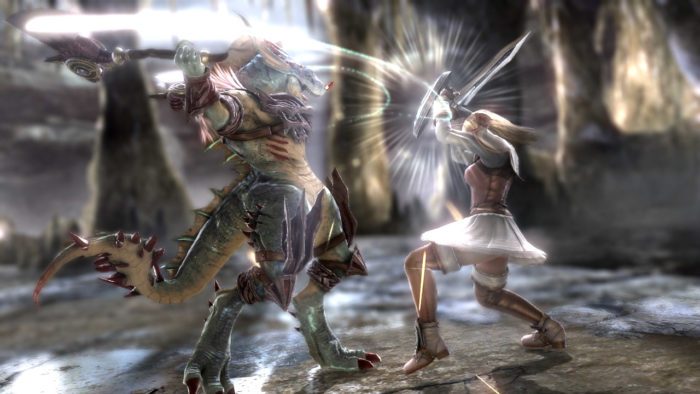 Most fighting games nowadays aspire to become the next big esports title, thus, game developers often focus on making their game extremely balanced to whet the appetite of the competitive crowd. But for the developers behind Soul Calibur 6, their priority is simply to make a “great game.”

“Our priority when developing the game first and foremost is creating something that’s fun and engaging for the player to experience,” producer Motohiro Okubo told VG247 in an interview.”We want to make a solid game.”

Nonetheless, okubo said his team worked a “very long time” to make the game balanced enough. Part of this process includes careful “roster selection process,” with the developers also taking into account unique weapon variety and weapon types. Being a 3D weapon-based fighting game where each character utilizes their own weapon and fighting style, Soul Calibur 6 will likely maintain a low roster count.

While the Soul Calibur 6 team is focused on creating an enjoyable entry for newcomers and series fans, Okubo hopes the quality of the game is enough to attract the competitive community. “If by making a great game there’s then a voice from the scene that says ‘hey, we could use this as a good, very competitive game,’ then that might be the trigger for us thinking about and tackling about what kind of support we can offer.”

Soul Calibur 6 is slated to launch on Oct. 19, 2018 on PC, PS4, and Xbox One. Those who purchase the season pass will receive three yet to be announced characters.