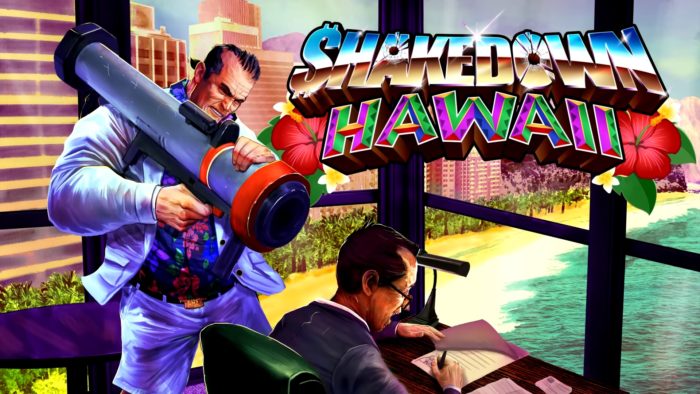 Vblank Entertainment’s hilarious-looking sequel to Retro City Rampage is called Shakedown: Hawaii, and it looks like a game you’ll definitely want to play. While the original game was a parody and a take on the classic Grand Theft Auto games, the new game looks like it follows in the same footsteps, with a few different surprises along the way.

We previously weren’t quite sure when we’d be able to expect it, but now it appears Blank Entertainment has released the game’s Steam page, and it looks like it’s going to be headed out to store shelves this year. Unfortunately, that’s about the only detail we can glean from the page, as there is no official date listed there.

Set 30 years following Retro City Rampage’s events, players come out of “retirement” as the main character to create a towering corporate empire that earns new property by “shaking down” other businesses and basically being a bunch of slimebalms. You can see some of it going down oil the full reveal trailer, and it looks like a blast. It retains many of the elements from Retro City Rampage, but with a lot of new twists.

Check out the trailer below, and keep an eye out for a more specific release date. We should get one quite soon, especially as we’re almost through 2018.