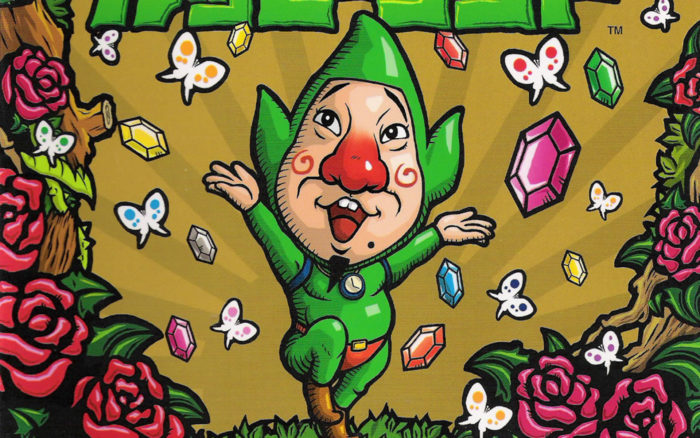 Nintendo is nothing if not willing to try new things, and that includes dropping one of its more flamboyant characters into a horror setting.

In a recent interview with Kotaku’s Stephen Totilo about the reception of the recently released Dillon’s Dead-Heat Breakers, Nintendo producer Kensuke Tanabe opened up about how some of Nintendo’s smaller titles offer new and fresh ideas, but don’t always resonate as well as they’d like with fans. It’s for this reason that many of the stranger titles tied to Nintendo properties and developed by the Japanese developer Vanpool never see the light of day, including one past project centered around an iconic Legend of Zelda character.

“Looking back eight years ago, we were developing a horror game with Vanpool that starred Tingle as the main character,” Tanabe said, “but that project was canceled due to a variety of reasons.”

While it’s understandable a project like this ended up getting canned, the fact that it existed raises many questions: What were the reasons for its cancellation? What would the game have entailed for the green body suit-toting, forest fairy obsessed man? Would it have been a light-hearted romp into the dark and mysterious fairy world in the same vein as Luigi’s Mansion, or would it have taken a darker route, delving into the reasons behind the middle-aged man’s quirks? We may never know, but at least this reveal will allow fans’ dreams – and nightmares – to flourish.

Dillon’s Dead-Heat Breakers is currently available on the 3DS via the Nintendo eShop. For more news on Nintendo, check out the recent announcement that South Park: The Stick of Truth will be available through the eShop in the near future.