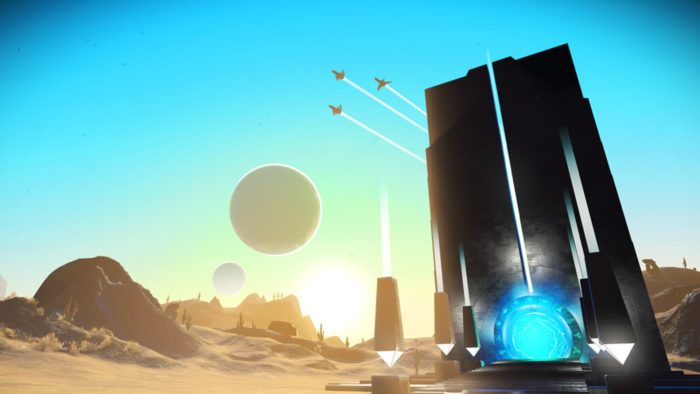 Yesterday saw the release No Man’s Sky’s NEXT update, and it seems as though it has made plenty of players curious enough to jump back in. Hello Games’ title returned to the Steam Concurrent Player charts, peaking at eighth place.

Yesterday’s concurrent player figure is the highest it has been since No Man’s Sky launched back in August 2016, when it hit a massive 212,321 players during its first week. Last night, it hit 41,861, which is more than double that of the previous second highest monthly figure.

Over the past few months, the game has steadily been getting between one and two thousand concurrent players, so the NEXT update clearly brought a whole host of players back, and probably some new ones, to the game.

The addition of 4-player co-op multiplayer is likely one of the key reasons players have become excited again. Due to there being essentially an infinite number of planets, coming across another player organically was nigh-on impossible. Now, you can invite friends to your game and head to the same planets to explore and complete missions. It’s a huge step forward for the game. Only time will tell how many people stick around.

You can download the NEXT update for No Man’s Sky, or buy the game, on Steam now.