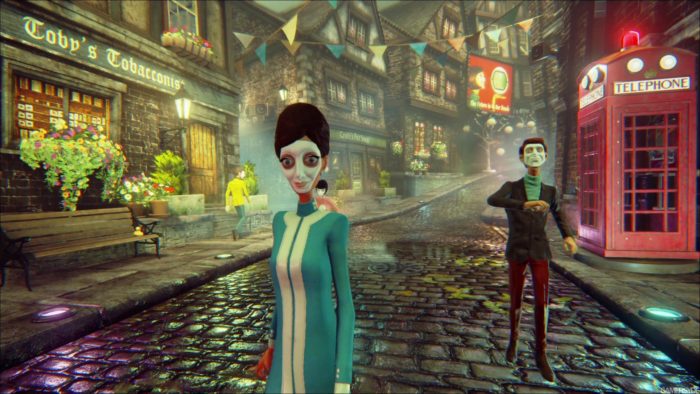 We Happy Few’s “Joy” drug that most of the people in the game are on is pretty bizarre, but this fake drug commercial touting its benefits makes it even weirder. An older woman appears to be so happy she can’t stand it in the beginning of the video while petting an adorable dog cradled in her arms in a field of horses.

She can’t remember why she’s sad, but it’s better this way, right? Right? A stark reality fades in and out as we realize that’s not a dog she’s petting, but what looks like a big hunk of conjoined hand flesh that looks like some sort of mutated arm. She’s also in a dark place with a much more disheveled appearance. But wait, Joy couldn’t be bad for you, could it…?

“Is this dog real? No…don’t tell me. It’s not important!” she laughs, as the video returns to the happy scenery previously in the ad.

Joy is labeled as “sadness intervention” from Haworth Labs, and it looks like it’ll seriously mess you up. If you’d like to see in action, you can check out We Happy Few when it release on Aug. 10 on Xbox One, PlayStation 4, and PC from Compulsion Games.

If it features the same kind of trippy content as seen in the fake drug ad, We Happy Few is definitely going to make for a memorable game. Hopefully we also figure out what’s going on with that poor woman’s arm, too. That thing looks gnarly.